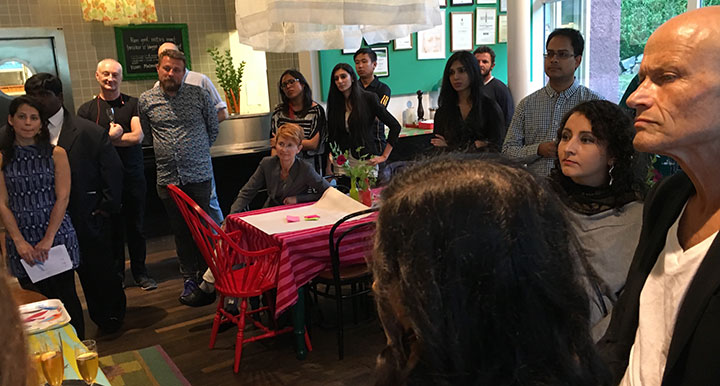 Young Connectors of the Future (YCF) is an intercultural leadership programme initiated by the Swedish Institute, 2016 run for the third or fourth time. Read report from the 2015 programme

The programme is directed towards young people with leadership talents from Afghanistan, Bangladesh, India, Pakistan and Sri Lanka who represent different sectors of society and are visionaries in positions to make a difference. The participants are actively working for democracy and human rights within the spheres of society, culture, politics, entrepreneurship and media. The programme manager at SI is Ulrika Rosvall. The YCF programme also offers a unique opportunity for young leaders in the region to gather and share ideas and perspectives on common challenges. During and after YCF, participants will be part of an active network that aims to boost creativity and to support their personal and professional development, while also laying the platform for a more connected future. More information about the YCF programme.
SASNET deputy director Lars Eklund is involved in the programme, as a member of the selection committee, and on 15 September 2016, he attended the final session of the three-week long Stockholm programme, establishing contacts with several interesting people. 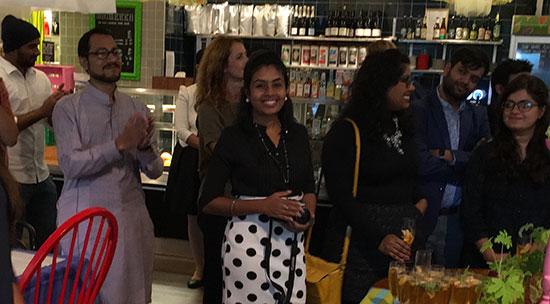 The programme comprises of 3.5 weeks of intensive work divided into two modules: This year, the first one was held 30 August till 19 September, and consisted of seminars and workshops, and experience-based intercultural leadership training and personal as well as group development. This has been combined with tailor-made study visits to relevant Swedish organisa­tions and institutions.
The second module will take place for a  week in February/March 2017 in Malmö/Sweden to continue the exchange and follow up the development of their work. The module will also include workshops and seminars with speakers and build on the sharing of the participants’ own experiences and knowledge.
The organisers look forward to collaboration with SASNET, just like what happened with the previous programme, when on Monday 15 February 2016, SASNET along with its student organisation SASA, organised a Fika without borders event in Lund for the participants attending the Young Connectors of the Future (YCF) programme. The YCF programme participants presented themselves and the work they are involved in back home in South Asia, nice vegetarian food was served, and the Lund based International Tagore Choir performed, a much appreciated performance. Many Lund University students turned up for the event, mingled with the YCF participants and established new contacts. Read more about the Lund event.

The 2016 batch consists of 32 young leaders, promising professionals, social workers and entrepreneurs aged between 22 and 32 from South Asia, representing different sectors of society and being visionaries in positions to make a difference. During the final session at Museum of Etnography in Stockholm a workshop was arranged where the South Asians worked together with invited Swedish guests on different themes such as Minorities; Women Entrepreneurship; Religious Extremism; Kashmir, etc.
Among the participants Lars interacted with were Roushan Elahi, Kashmiri rapper known by his stage name MC Kash. Since 2010, he has been actively propagating an end to Kashmir’s conflict through his music. Roushan also has a Masters degree in Convergent Journalism.

Among the Bangladeshi participants were Jyotisman Chakma (photo), human rights activist from Chittagong Hill Tracts. He grew up in a refugee camp in India with different hardships and challenging experiences. Currently, he is working for Parbatya Chattagram Jana Samhati Samiti (PCJSS). Solnara Aktar, also from Bangladesh but from a totally different background, is working with Ain O Salish Kendra (ASK), a national legal aid and human rights organization in Dhaka. She is a senior theatre activist with an ambition to create awareness on Human Rights, Gender and Legal issues. 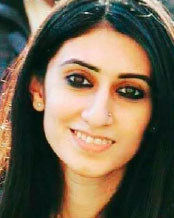 From Pakistan came Sehyr Mirza (photo), journalist and rights activist based in Lahore, with an expertise including art and literature, socio-political issues and India-Pakistan peace. Her work has appeared in media outlets such as DAWN and Outlook India. She is the co-founder of Society for Advancement of Makers, Arts and Justice (SAMAAJ), a non-profit organization that works in various traditional and contemporary mediums of arts and communications on issues such as conflict, justice, labour, gender and regional peace.
Jawad Sharif, also from Pakistan, is an award-winning filmmaker, cinematographer, and producer known for his unique visual storytelling style. His first feature, K2 & The Invisible Footmen, has won notable awards in several international film festivals and has been screened worldwide.

Srilekha Chakraborty (photo) from India is a sociologist interested in the field of gender and sexuality and rural sociology. She has worked across different sectors of child protection, health and livelihood in different geographical regions in India, and is currently a PhD scholar researching on the understanding of body and sexuality among adolescent tribal girls in Jharkhand state. 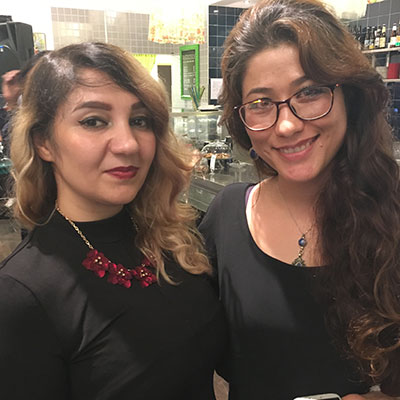 Mobina Nasraty from Afghanistan has a BA in Sociology with specialization in Gender-Based Violence. She is the co-founder of Cooperation to Change Afghanistan (CCAO), struggling for the realization of human rights. Currently, she is a Psychosocial Counselor, GBV/Child Protection in Emergency Sub-Cluster’s Co-Chair and GBV trainer.

Another Afghani woman participant is Susan Atai from Herat (On photo to the left along with a friend residing in Sweden). She is an entrepreneur and community activist and the CEO of the ADIB-Afghan Development and Inspiration Bureau, a project working to create economic growth and development within Afghanistan. The organization works to help entrepreneurs and newly established businesses to create positive competitions among the youth in Afghanistan in order to ensure a bright economic future for them. It encourages newly graduated students to take their education field as their business tool and try to make it an economic resource.