Report from Lars visit to University of Sofia in Bulgaria

On Friday 10 February 2012, SASNET’s deputy director Lars Eklund, and assistant webmaster Julia Velkova were on an official visit to the University of Sofia in Bulgaria. Their goal was to explore ongoing research on South Asia in the university, as well as possibilities for future collaboration. 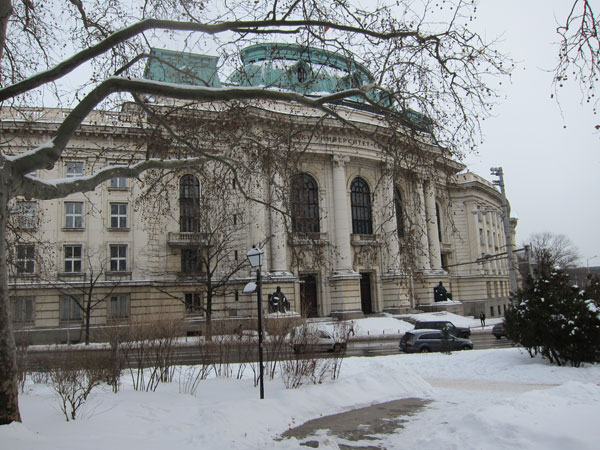 The University of Sofia ”St. Kliment Ohridski” is Bulgaria’s first higher educational institution and largest university currently. South Asia research and education is conducted mainly at the Centre for Eastern Languages and Cultures, located at Todor Aleksandrov Boulevard. The Centre has been in existence since 1983 and hosts an Indian Council for Cultural Relations (ICCR) professor – currently Dr. Narayana Raju from the state of Kerala who is a visiting chair Professor of Hindi from India – a position on a rotating basis with a term of 3 years. (Similarly, there is a Professor of Bulgarian language at the Jamia Millia Islamia University in Delhi). Besides Hindi, other Indian languages taught at the centre are Urdu and Sanskrit.
The Centre has also a close collaboration with the Embassy of India in Sofia which assists PhD students to travel on fieldwork in India. Bulgarian Indology students are regularly offered a possibility to go to Kendriya Hindi Sansthan in Agra for pursuing a one-year course in Hindi under scholarships provided by the Government of India under the scheme “Propagation of Hindi Abroad”. More information. 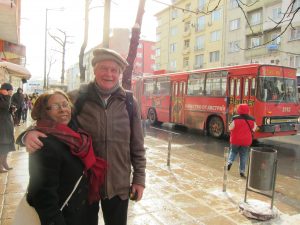 A meeting had been organised by Associate Professor Milena Bratoeva, Head of Classical East Department, Faculty of Classical and Modern Philology, with a number of scholars and academic staff working on South Asian projects. Dr. Bratoeva was already well known to Julia since she was the supervisor while Julia studied Eastern Philosophy and Culture at the Centre a few years back. At this meeting various South Asia related activities and research carried out at University of Sofia were presented. The Centre for Eastern Languages and Cultures, headed by Professor Alexander Fedotov, a Tibetologist, currently runs a Bachelors programme in Indology, and a Masters program on Indian and Iranian Cultural and Social Studies. The Masters programme also includes two courses on the history and society of Pakistan. Senior Assistant Professor Boryana Kamovais the head of the Indology program.

There were also two PhD students present at the meeting, both of them currently doing research on India. Aleksandar Bogdanov’s research focuses on Sanskrit and ancient literature – in particular studying the image of the goddess Ushas in Rigveda. Besides, he also carries out field work in Ladakh, Indian, making a documentary on the local communities. Roumiana Damianova, who is also a dancer of Bharata Natyam, is doing research on medieval Indian literature, and in particular on Abhinaya. She is currently in the second year of her studies and plans to later connect her research to modern Indian dance, theatre and culture.

The meeting was also attended by Dr. Andronika Martonova, a researcher from the Institute of Art Studies at the Bulgarian Academy of Sciences. She works on Asian cinema and has written her thesis on Indian film with case study on the film Devdas.  Lars and Julia were also given a dvd film made by the Bachelors students in Indology made in connection to the celebration of Hindi Vishva Divas. 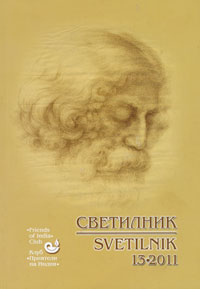 Similarly to the celebrations of Rabindranath Tagore that SASNET coordinated in Scandinavia during 2011, the Centre for Eastern Languages and Cultures organised a big number of events, including publications, exhibitions and seminars, celebrating the 150 years anniversary of the Tagore. Some of the events were organised in collaboration with the Friends of India – an independent Bulgarian organisation in existence since 1991, with several hundred members that promotes Indian culture in Bulgaria through events and publications. 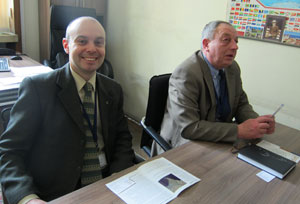 After this very fruitful and interesting meeting, Lars and Julia continued to the main building of the university in central Sofia, for a meeting with the head of the International Relations (IR) office at the University of Sofia, Mr. Rumen Grigorov (to the right on the photo), and the Erasmus/Socrates operative administrator, Mr. Tsvetan Bogdanov, also from the IR office. They briefly presented current collaboration projects between the University of Sofia and Swedish universities (among which Stockholm University and University of Gothenburg) through different Erasmus programmes. They also demonstrated their interest in extending the collaboration with Lund University, that currently consists in partnership in the Erasmus Mundus Action 2 project BASILEUS, focusing on Western Balkans.