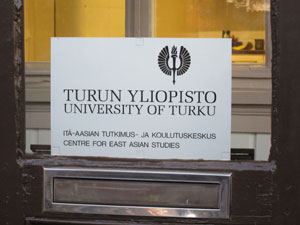 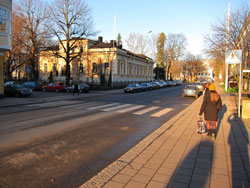 On Wednesday 16 November 2011, SASNET’s deputy director Lars Eklund lectured for students at the Department of Comparative Religion at Åbo Akademi University, the Swedish medium university in Turku, Finland.
Lars gave an engaged talk about ”Indiskt samhällsliv: Visioner och Verklighet” (Social life of India: Visions and reality) for a group of 20 second-year undergraduate students who will travel to India in January 2012 on a field tour led by Dr. Måns Broo, Senior Lecturer in Comparative Religion at Åbo Akademi University.
(Photo of students plus Måns Broo and Lars Eklund). 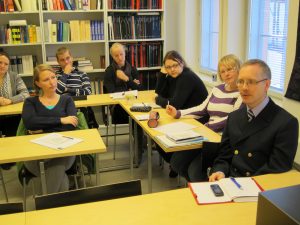 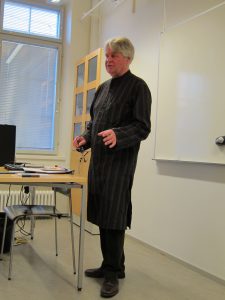 During his two-day visit to Turku, 15–16 November, Lars also had a chance to meet Dr. Outi Luova at the Centre for East Asian Studies, University of Turku. Outi is the coordinator for the Finnish University Network for Asian Studies, and the Graduate School of Contemporary Asian Studies at the University of Turku. Lars and Outi discussed forms for closer collaboration between SASNET and the Finnish network, that currently focuses more and more on South Asia, and not only on East and South-East Asia as it used to do.
Finally, Lars was lucky to find out that Turku (Åbo) happens to the Cultural Capital of Europe for 2011 along with Tallinn in Estonia. It meant that the city flourished with cultural activities such as concerts and exhibitions even in the dark month of November. More information. 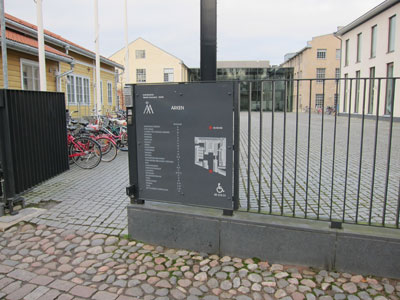 Åbo Akademi University owes its traditions to the Royal Academy in Åbo founded in 1640, but after destruction in the great city fire of 1827 the Academy was moved to Helsinki, and it later became the University of Helsinki. However, a new Åbo Akademi University was established as a Swedish minority language institution in 1918, and this university still thrives with education on both undergraduate and graduate level as well as research in all fields except medicine.

Åbo Akademi University today has an acknowledged position at the forefront of research in such areas as biosciences, computer science, democracy, human rights, material sciences, process chemistry and psychology. The number of students in Turku are about 6,000, but Åbo Akademi also has a separate campus for teachers training in Vasa further north along the coast. 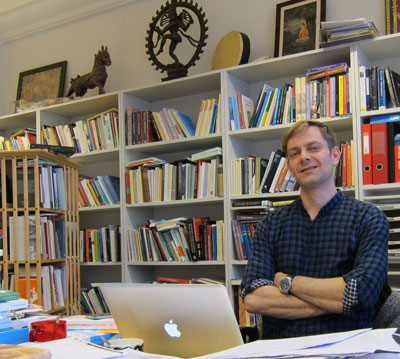 Åbo Akademi is centrally located in Turku, close to the Cathedral and the Archbishop’s residence. The departments of the Faculty of Arts have recently moved together at Arken, an number of industrial buildings on Fabriksgatan 2 converted into a nice modern campus. The Dept. of Comparative Religion is housed on the first floor, and here Lars was met by Professor Peter Nynäs on the first day, and by Dr. Måns Broo on the second day.
Peter Nynäs (photo to the right) is the project leader for Åbo Akademi University Centre of Excellence in Research programme entitled ”Post-Secular Culture and a Changing Religious Landscape in Finland”, whereas Måns Broo is the the one person mostly involved in South Asian studies at Åbo Akademi. 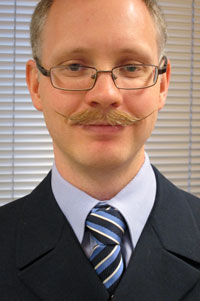 Måns Broo defended his PhD thesis entited ”As Good as God: The Guru in Gaudīya Vaișņavism” in 2003. He has also studied Sanskrit at Uppsala University, Sweden, and (together with Martin Gansten, Lund University) published a critically acclaimed first ever complete translation of the principal Upanishads into Swedish (De Tidiga Upanișaderna, 2005). More recently he has published an introduction to the Hindu scriptures in Swedish (Hinduismens heliga skrifter, 2010) and a book of religious poetry in Sanskrit.
A year ago, Marie-Thérèse Charpentier defended her doctoral dissertation at the Dept. of Comparative Religion. Her thesis was enitled ”Indian Female Gurus in Contemporary Hinduism. A Study of Central Aspects and Expressions of Their Religious Leadership”. More information.
Marie-Thérèse has since left Åbo Akademi. 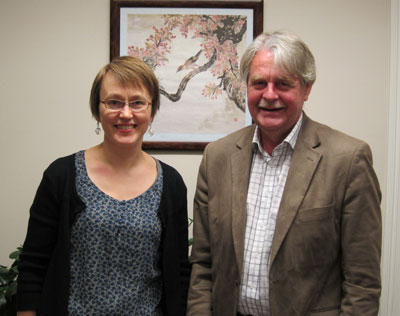 On Tuesday 15 November 2011, Lars Eklund met Outi Luova at her University of Turku office (photo). Discussions were held on how the Swedish and Finnish networks might collaborate om disseminating information and other possible areas of cooperation. Outi also informed about the Finnish network’s current change in focus.

The network has previously focused almost entirely on East and South-East Asia, but a shift is currently taking place where more and more focus is also put on India. A driving force in this widening of interest is Dr. Jukka Jouhki, Research Fellow at the Department of History and Ethnology, University of Jyväskylä. Himself being a researcher working on a project concentrating on mobile communication in the rural context in South India, he has recently invited other Finnish or Finland-based researchers working on India related projects to join a blog and twitter based networking initiative. The blog – http://indiaresearchers.blogspot.com/ is supposed to function as a hub for researchers focusing on India.

The idea originally came from Dr. Mari Korpela, postdoctoral research fellow in the School of Social Sciences and Humanities (social anthropology) at the University of Tampere, who suggested an India-related workshop at the Finnish Anthropology Conference 2011. Researchers who want to be included in the list of Finland-based India-researchers, should contact Dr. Jukka Jouhki.

Within the BA Programme in Asian Studies, one of the five modules deals with ”India in World Politics”. This modue is being planned by Professor Emeritus Jyrki Käkönen, previously at Tampere Peace Research Institute, but now working as Professor of International Relations at the University of Tallinn, Estonia.

Among the MA courses offered by the Finnish University Network, one is entitled ”Sino-Indian Issues”, a course that has been developed by Dr. Eero Palmujoki, Senior Assistant in International Relations at the School of Management, University of Tampere.

Another MA course on the Indian Business Environment is currently being planned by Professor Esa Stenberg, Director for Turku School of Economics and Business Administration, University of Turku. 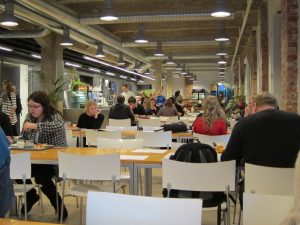 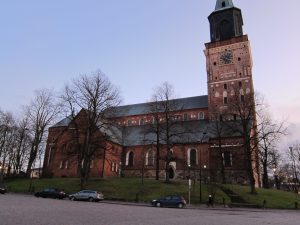 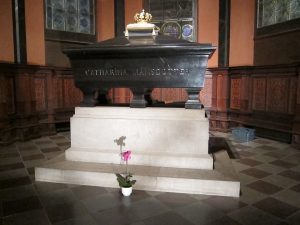