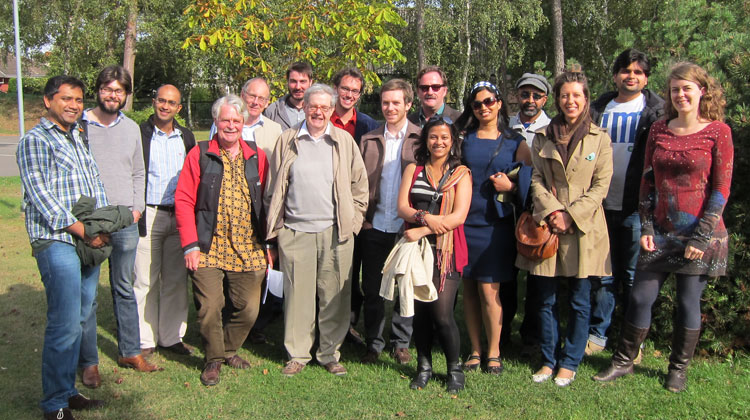 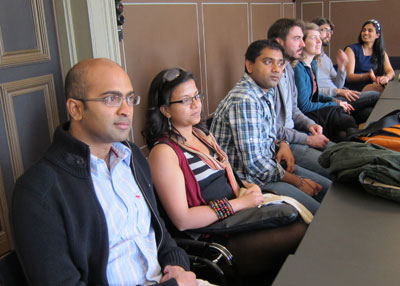 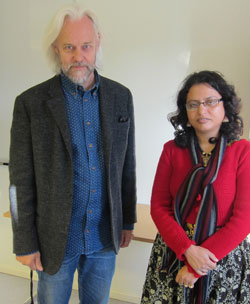 The workshop’s format give each PhD candidate the responsibility of introducing the paper of another participant and raising some preliminary questions. A senior scholar then acts as discussant and provides feedback on the paper, prompting further debate. This format broadens perspectives on research methods, concepts, and theory by helping students consider questions from a variety of disciplines.

The senior European scholars invited for the 2012 workshop were Claude Markovits, Paris; William Sax, Heidelberg; Bert Suykens, Ghent; and Roger Jeffrey, Edinburgh. Lund University contributed with Anna Lindberg, Staffan Lindberg, Olle Qvarnström, and Jan Magnusson. Finally, Dr. Swati Banerjee from Tata Institute of Social Science (TISS) in Mumbai, India, participated during some part of the workshop. (Jan and Swati on photo).
This year the two PhD students who represented Lund University were Arun Rana from the Division of Water Resources Engineering, and Ive Brissman from the Centre for Theology and Religious Studies.
Another three PhD students came from Heidelberg, three from Paris, two from Edinburgh, one from Ghent, and finally one from ISCTE-Lisbon University Institute, Portugal.

The following papers were presented:

– Jason K. Fernandes, Lisbon: Between Civil and Political Society: The Citizenship Experience of the Goan Catholic

– Monica Guidolin, Paris: Bana: the Voice of Bara Pen in the Pardhan Community. A Case Study in Madhya Pradesh

– Manju Ludwig, Heidelberg: Murder in the Andamans – A Colonial Narrative of Sodomy, Jealousy and Violence

– Deborah Christina Menezes, Edinburgh: Constructing and Theorising Care: A View from the Staff World in a State-managed Care Home in Goa, India

– Anthony Puthumattathil, Ghent: Poverty and the state: The Case of the Ho Tribe of West Singhbhum Jharkhand India

Besides sessions where the scholarly papers were presented and discussed in a most fruitful manner, the workshop also included a visit by bus to Lund, where a seminar meeting was organised in main building of Lund University for a presentation by the Pro-Vice Chancellor Professor Eva Wiberg, and Mr. Henrik Hofvendahl from the Division of External Relations, in charge of Lund University’s Asian affairs. These presentations were followed by a lecture by Professor Emeritus Staffan Lindberg, Dept. of Sociology, who talked about ”Rural India 1970–2005: An Ardous Transition to What?”. Lars Eklund then led the workshop participants on a guided tour through central Lund, before returning to Höllviken.
One evening was also devoted to a film show, Goutam Ghose’s 1992 film Padma Nadir, on the life of the Bengali boatmen living by the Padma river pre-partition 1947.
See the workshop programme. 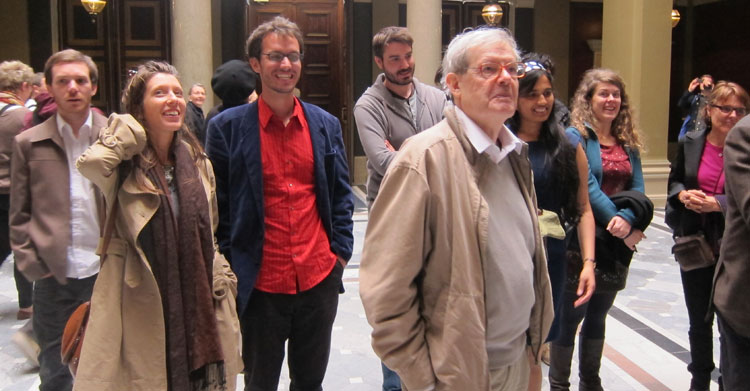