Raj Sekhar Basu lectured on Ambedkar and his Buddhist Perceptions

Associate Professor Raj Sekhar Basu from the Department of History, University of Calcutta, Kolkata, India, held a well-attended SASNET lecture at Lund University on Wednesday 27 February 2013. The theme for his lecture was ”Ambedkar and his Perceptions of Karl Marx and Buddha”. The seminar was co-organised by the Dept. of Sociology. See the poster.
Raj Sekhar Basu is currently serving as an Visiting Indian Professor at the Indian Studies Centre at Mykolo Romeris University in Vilnius, Lithuania. There he holds the Indian Council for Cultural Relations (ICCR) Chair in Contemporary Indian Studies on a two year assignment. He is specialised in the social history of the lower castes in the nineteenth and twentieth centuries, having written two books and a large number of articles in national and international journals. 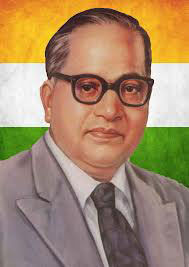 In his Lund University seminar, he focused on Dr. B.R. Ambedkar – renowned Indian political leader mobilizing the Dalits during the freedom struggle, besides being a jurist and economist and the chief architect of the Indian Constitution. He was also a revivalist for Buddhism in India, after leading his followers to convert from Hinduism to Buddhism in 1956. He discusses the interpretative models provided by scholars involved with the study of Ambedkar’s brand of Buddhism. In fact, there would be attempts to deal with Ambedkar’s own interpretation of Buddhism and to explore whether it was linked to his efforts to establish ethical foundations of the Dalit movement in postcolonial India. Prof. Basu is interested in explicating the reasons why Ambedkar decided to seek a conversion to Buddhism, since it was not only opposed to caste hierarchy but possibly provided a framework for a society based on the principles of non-discrimination, equity and respect. The main intention would be to establish the point that Ambedkar favoured Buddhism to Marxism, possibly for the matter that it was more liberal and flexible in mobilizing the socially deprived masses in favour of a more egalitarian socio-political system.