The Nordic Centre in India (NCI) was established in 2001 as a consortium of Nordic universities and research institutions. The objective is to facilitate cooperation in research and higher education between the Nordic countries and India. Through academic exchange NCI seeks to strengthen Indo-Nordic ties and understanding. In November 2004, NCI got final clearance from the Indian Government to operate in India.

From 1 January 2014, the NCI secretariat is based at the Umeå University in Sweden. 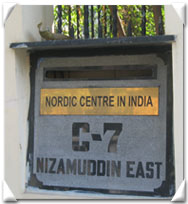 NCI runs educational courses for Nordic students in India at different universities in India (More information about the courses on NCI’s website and below in the end of this section), and has a flat with rooms available to rent in Delhi. The flat, located at Nizamuddin East, can be rented by students, researchers, and other personnel affiliated to the Nordic member universities. Full information about conditions for renting rooms.

Samrat Schmiem Kumar (photo) has been appointed as the new Director at the Nordic Centre India (NCI) Liaison Office in New Delhi from 1 September 2014. Samrat joins the NCI from Oslo University where he spent 3 years as Doctoral Research fellow at the Department of Culture Studies and Oriental Languages. Samrat has broad experience in development and management of education and research activities in India. Since 2008 he has been Academic Coordinator for undergraduate course in Peace and Conflict Studies, Kulturstudier/University College Oslo, and during the period 2009 – 2011 he was Programme Manager for its courses run in Pondicherry, India. More information about Mr. Kumar.
Samrat will take over the major tasks from Sirpa Tenhunen (Director of NCI until 31 July 2014), who has now joined University of Jyväsklyä, Finland, where she is teaching Anthropology full time at the Department of History and Ethnology. She was appointed as a senior lecturer but will be on leave for two years and work as a professor.

Dr. Sirpa Tenhunen from University of Helsinki, Finland, was the NCI director in charge of the daily work from September 2013–July 2014. As Director she was responsible for the daily activities at the NCI, including the follow-up of ongoing programmes as well as to develop new projects according to the directives of the NCI board and general assembly. Journeys to India and within the Nordic countries constitute a regular part of this work. (More information)

Since 2014, Dr. Rupali Bhalerao, analyst at Umeå University’s Planning Office – and a SASNET networking partner has been appointed as the Chairman of the NCI board. (Pictured Right)

The Nordic Centre in India university consortium organises semester programmes at University of Hyderabad and University of Pondicherry. More information.
Besides, three short term (four weeks) summer courses for Nordic students in India will be offered during the summer 2015, one based at Hyderabad and the other two at Bangalore. All three courses are available in the 7.5 ECTS variant and the 10 ECTS variant. Interested students are encouraged to direct all their queries regarding information about the courses by e-mail to Christabel Royan, NCI Programme Manager, based in Delhi. More information.

Contemporary India. An Interdisciplinary Introduction Course. This course is being held for the 13th year at theUniversity of Hyderabad during the period 5 July – 1 August 2015. The course focuses on the diversities in India, covering a wide range of topics, including politics, economy, society, religion, and development. Students will learn and discuss various socio-cultural stratifications typical of India from a historical vantage point in order to understand their critical interplay in contemporary India. Located in the cosmopolitan city of Hyderabad, the intensive course includes daily lectures, field visits, assignments, preparatory readings, and the writing of a term paper. The course, open to students from all disciplines at the member universities of NCI, is organized by the Study in India Program at the campus of University of Hyderabad.  Full information.

Approaching the Environment in India. Issues and Methods in the Study of the Nature-Economy-Society Interface.This course is being held for the 9th year at the Institute for Social and Economic Change (ISEC) in Bangalore during the period 28 June – 25 July 2015. India has one of the fastest growing economies in the world and this, among other things, put tremendous pressures on the country’s natural resources. One can read about increasing pollution in urban areas, water shortage, shrinking forests and depletion of biodiversity, as well as about conflicts relating to mining, big dams and other energy projects. But what is actually the present state of India’s environment? What are the main environmental problems today, how have these come about and who are the main sufferers? How can the environmental costs of economic development be mitigated? What would “sustainable development” entail in India? During the summer course the students will address questions like these. Full information.

Human Rights in India: An Introduction. A relatively new course now run for the 2nd year at the National Law School of India University in Bangalore during the period 15 July – 11 August 2015. With India in context, this programme aims to deliberate and provide an intensive immersion in Human Rights Law and Practice. It will acquaint the participants with the Law and Institutional Arrangements, concerning the promotion, protection and securing human rights, in domestic context. Full information.

News about Nordic Centre in India, and Kulturstudier 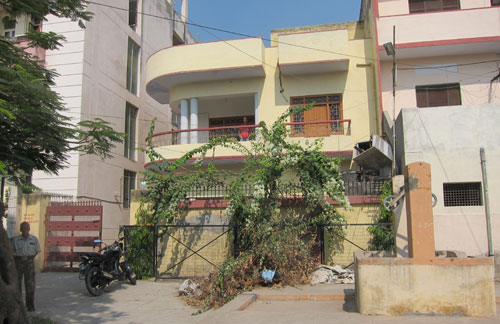 Since 2012, the full semester Hindi Study Programme for Nordic students in Varanasi, previously offered by the Nordic Centre in India (NCI)  in collaboration with the Gandhian Institute of Studies in Varanasi, is successfully run by the independent Centre for the Study of Indian Languages and Society (INLANSO). This is a public trust set up to organize Hindi studies, with a tailor-made programme meant for advanced Hindi language students from the Nordic countries. It has been developed by former NCI Director Mirja Juntunen, now affiliated to the University of Aarhus in Denmark. She is also the Academic Coordinator of the course and Senior Lecturer in Hindi. 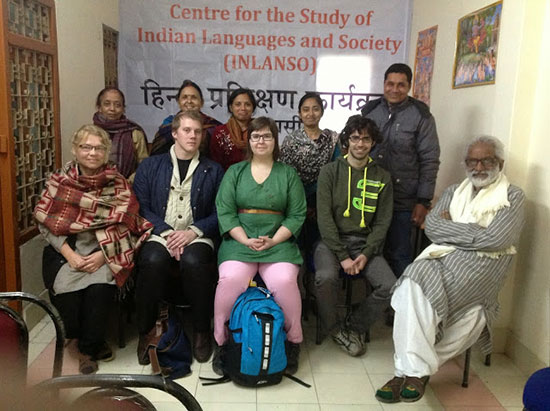 During the fall semester 2013, more than 20 students from Denmark, Norway and Sweden participated in the Hindi Study Programme. They came from Aarhus University, University of Oslo, and Uppsala University. They experienced a varied programme, which can be followed at the INLANSO web blog. Go for it.
On 13th January 2014, a new batch of students, a group of 4th semester advanced Hindi students from Uppsala University arrived in Varanas. They will spend four months studying Hindi at INLANSO, and were welcomed by the academic and teaching staff of INLANSO at today’s inaugural function at the Programme House. (Photo of the group, including teachers, among them Binit Kumar Mishra and Dipak Malik). More information via e-mail: varanasihindi@gmail.com
SASNET deputy director Lars Eklund visited the Centre for the Study of Indian Languages and Society in 2012 and met teachers and students, learning about the background of the Hindi Studies Centre in Varanasi. Read his report.

After running the program for six consecutive years, the Nordic Centre in India (NCI) consortium has ended the 7.5 ECTS summer course on demography and gender in India. The course was started in 2008, in collaboration with the International Institute for Population Science (IIPS) in Mumbai. The course was entitled “Demography, Gender and Reproductive Health.  An Introduction to Population Studies in India”, and was a multi-disciplinary course that was open for 25 under-graduate and graduate students from the Nordic member universities. More information about the Mumbai summer course.