The study of Iranian languages includes one of the major languages of Afghanistan, Dari. Courses are sometimes also held in Pashto and Balochi, other languages spoken in Pakistan and Afghanistan (and Balochi also in Iran). The perspective of philological studies has also been widened to include regional studies on the basis of languages. The sub-section of Iranian Languages since 2004 belongs to the Department of Linguistics and Philology. Within its section for Asian and African Languages and Cultures (including such diverse subjects as Swahili, Assyriology and Chinese) two sub-sections deal with education and research connected to South Asia. The other one is the sub-section for South Asian Languages and Cultures(with courses on Hindi, Indology and Tamil, besides running a Masters Programme for South Asian Studies).

Within the realia courses on A- and C-level (arranged during the Fall semesters) the section for Iranian Languages includes studies on the culture and history of Afghanistan. On the D-level run during 2010-2011, a course in Dari and Tajik languages was included. 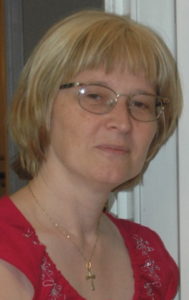 Professor Carina Jahani (photo to the left) defended her doctoral dissertation in 1989 on ”Standardization and Orthography in the Balochi Language” and has since been very active in research on the language. She is one of the World’s leading experts in the field. She became Professor at the department in 2004, after the retirement of Bo Utas.
Two International Symposia focused on Balochistan have been held at the department, in 1997 and 2000, resulting in two books – ”Language in Society – Eight Sociolinguistic Essays on Balochi”, edited by Carina Jahani (Acta Universitatis Upsaliensis, Studia Iranica Upsaliensia, 3, Uppsala 2000); and ”The Baloch and Their Neighbours: Ethnic and Linguistic Contact in Balochistan in Historical and Modern Times”, edited by Carina Jahani and Agnes Korn (published by Reichert, Wiesbaden 2003).

Professor emeritus Bo Utas is a scholar specialised on Persian culture and languages. Within this field he has studied Afghanistan for several decades, and in the 1960’s and 1970’s he travelled extensively in the country every year. He was a witness to the 1978 coup d’etat, and over the years written many scholarly articles on Afghanistan in Swedish and International magazines such as the Afghanistan Journal, Acta Orientalia, Journal of Afghan Affairs, Orientaliska Studier, Internationella studier, Sydasienbulletinen, and Afghanistan-nytt.
He has also taken part in several conferences on the situation in Afghanistan, such as the International Seminar on Social and Cultural Prospects for Afghanistan, held in Peshawar, Pakistan, 20–21 March 1990, and contributed with papers for several books. An article on “Iran, Afghanistan and Tajikistan”, appears in ”Islam outside the Arab world”; and an article on “The Naqshbandiyya of Afghanistan on the eve of the 1978 coup d’état”, in ”Naqshbandis in Western and Central Asia. Change and continuity” (both books published by Curzon Press, London, in 1999).
Between 1999 and 2006, Prof. Utas collaborated in a research project run by the Department of Oriental Languages at Stockholm University (but with shared responsibility by several universities in Sweden). As part of a major comparative research project on ”Literature and Literary History in Global Contexts”. Bo Utas was a member of the Working group 2, focusing on ”Literary genres: an intercultural approach”. The project was funded by the Swedish Research Council. In late 2006, the project finally materialised in a set of four volumes being published by Walter de Gruyter in Berlin & New York. In Volume No. 2, Prof. Utas has written an article titled ”Genres in Persian literature 900-1900”. More information.

The 1st International Conference on Languages and Dialects in Iran was held in Zahedan, Iran, 28–31 October 2008. The conference was jointly organised by the Dept. of English and Linguistics, University of Sistan and Baluchestan in Zahedan, and Dept. of Linguistics and Philology at Uppsala University. Prof. Carina Jahani was a member of the scientific committee preparing the conference, and Prof. Emeritus Bo Utas one of the plenary speakers. The purpose of the conference was to stimulate linguistic research in Iran by creating a network of field linguists interested in the study of languages and dialects in Iran in their sociolinguistic milieu. More information.

Dr. Anders Widmark defended his doctoral dissertation thesis entitled ”Voices at the Borders, Prose on the Margins: Exploring the Contemporary Pashto Short Story in a Context of War and Crisis”, on 24 November 2011. It is a study of contemporary Pashto prose writing in a context of war and crisis based on a corpus of digitally published and/or printed short stories from the 1990s onwards. Out of this larger corpus, 16 stories have been selected and analysed under four topics: “The Terrorist”, Female agency: Representations of and by, “The Madman”, and Axtar: Longing for peace or imaging disillusion. A central idea is that the analysis should be text-oriented, but the contextualisation of the analysed texts is a secondary important focus.
The faculty opponent was Profesor Christina Oesterheld, Dept. of Modern South Asian Languages and Literatures, University of Heidelberg, Germany. More information including link to full-text thesis.
Earlier (1996-98), Anders Widmark was engaged in Indology studies (Sanskrit, Hindi, Classical Tibetean) at Stockholm University. More information. 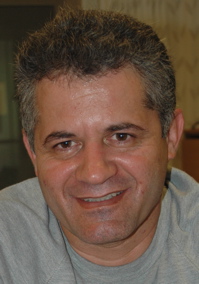 PhD Farid Abbaszadegan (photo to the left) has been doing research on Politics, History and Islam in Central Asia and the Caucasus, especially in Afghanistan and Iran. Along with Prof. Utas he edited a volume in 1995 on ”Centralasien – gamla folk söker ny väg (Central Asia – ancient peoples seeking a new route)”, published by the Society for Asian Studies in Uppsala.

Dr. Behrooz Barjasteh Delforooz (photo to the right) has studied and written about the life of Gulshan Nasir, famous Baluchi poet who passed away in Pakistan in 1973. Delforooz has later worked on a doctoral project related to the Brahui language, a Dravidian language spoken by a camel-breeding people in the region of Seistan, in Iran, Pakistan and Afghanistan.
He defended his PhD dissertation entitled ”Discourse Features in Balochi of Sistan: (Oral Narratives)” in 2010. Read the full-text thesis.
Dr. Delforooz now (2015) works at the University of Sistan and Baluchestan in Zahedan, Iran. He keeps howevere being in cooperation with Carina Jahani, Uppsala University on Iranian languages. During 2015, he plans to take a sabbatical leave from his university to finish a book on Brahui corpus. 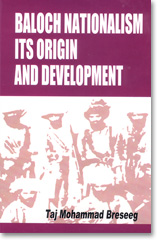 Dr. Taj Mohammad Breseeg, now living in Stockholm, defended his doctoral dissertation titled ”Baloch Nationalism: Its Origin and Development” at the School of Oriental and African Studies, London, in 2001. It was intended to fill in a void in the literature pertaining to the Baloch by presenting as complete a picture of the Baloch problem as possible in the present condition of research, applying existing nationalism theory to the Baloch. By examining hitherto unexplored evidence that traces the roots of Baloch nationalism to the colonial era, the dissertation has tried to push the frontier of enquiry in this subject beyond its familiar limits.
The thesis was published as a book by Royal Book Company, UK, in 2004. The entire works is available on the Internet, go for the book