Department of Philosophy, Linguistics, and Theory of Science (FLoV), University of Gothenburg

In 2009, the Department of Linguistics merged with the Departments of Philosophy, Theory of Science and the interdisciplinary center SCCIIL and a new academic entity was created, called PLaS or in Swedish FLoV.

Jan Bärmark was previously Professor at the Dept. of Theory of Science. Since 2009, the subject is integrated in the new FLoV department.
His research has focused on Tibetan Medicine from the perspective of Anthropology of knowledge, and its relation to Buddhist religion. Jan Bärmark has carried out field work in Bhutan, Ladakh and Tibet.

Prof. Bärmark is a member of a Nepal related international project initiated by University of Gothenburg in November 2010, as part of a long-term ambition to create a profile as ‘The Global University’, based on the university’s action plan for internationalisation 2008-2012. More information on The Global University.
It is a collaboration project with three partner universities in Nepal – Kathmandu University, Tribhuvan University, and Patan Academy of Health Sciences. The project is entitled ”Collaboration between GU and Nepali Institutions: Strengthening Health Education, Supporting Research, Monitoring Health”. It is based on previous Linnaeus Palme exchange programme experiences with Tribhuvan University, but seeks to include additional Nepali institutions and programmes for both education and research.
The project is headed by Dr. Alexandra Krettek, researcher at Sahlgrenska Academy and the Nordic School of Public Health (NHV) in Gothenburg. Other project members are Associate Professor Göran Kurlberg and Professor Göran Bondjers at the Sahlgrenska Academy; Associate Professor Ulla-Britt Engelbrektsson and PhD candidate Susanne Åsman, Social Anthropology, School of Global Studies; and Lecturer Jonas Öberg, Dept. of Applied IT.
More information about the Nepal collaboration project. 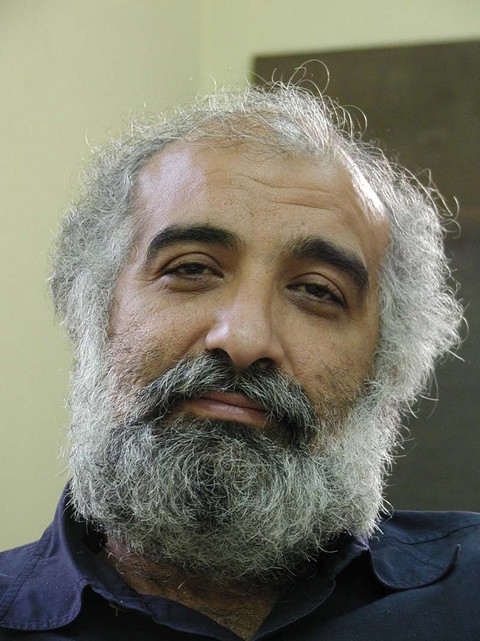 Dhruv Raina, now Professor of History of Science and Education at the Zakir Husain Centre for Educational Studies, Jawaharlal Nehru University (JNU) in New Delhi, India, defended his PhD at Dept. of Theory of Science, University of Gothenburg, in 1999. The thesis was entitled ”Nationalism, Institutional Science and the Politics of Knowledge: Ancient Indian Astronomy and Mathematics in the Landscape of French Enlightenment Historiography” (more information about the content) .
The reason behind his PhD studies in Gothenburg was a fascination he had got for the research work of Professor Aant Elzinga, who was the head of the Dept. of Theory of Science in the 1990s (now being a Professor Emeritus). They shared an interest in the politics of knowledge, and science and social movements, so in 1997 Raina asked Elzinga to do his PhD work at his centre. At this time, Dhruv Raina had just begun probing the 18th century Jesuit archive on India and the writings of the lumieres on the sciences of India. The result became a doctoral thesis on the Enlightenment historiography of the West and the politics of knowledge.
What interested Raina most during his Swedish period was how different cultural contexts shape disciplines – in Scandinavia ”theory of science” had a very specific meaning – a discourse on science framed by Anglo-American philosophy of science, critical theory and the sociology of knowledge. Coming from the anglophone world where science was synonymous with natural science, this was an important exposure; and for Dhruv Raina a point of entry into the history of disciplines, and the history of the history of sciences.
His research has later focused upon the politics and cultures of scientific knowledge in South Asia. In recent years, he has been working on cultures of history and science policy in postcolonial South Asia, in addition to a decade long preoccupation with postcolonial theory of science and the historiography of Indian mathematics. In 2010-2011, Professor Dhruv Raina held the Heinrich-Zimmer Chair position for Indian Philosophy and Intellectual History at the South Asia Institute, Heidelberg University, Germany.

SCCIIL (or in Swedish SSKKII) is a center for interdisciplinary research in the intersection of the concepts Language, Semantics, Cognition, Communication, Information and Interaction.

Prof. Jens Allwood established the Dept. of Linguistics at University of Gothenburg in 1983. Lately he became Chairman for SCCIIL. In 2009, both the Dept. of Lingusitics and SCCIIL were integrated in the new FLoV department.
In November 2008, Prof. Allwood received SEK 600 000 as a three years grant for the period 2009-11 from the Swedish Research Links programme (funded by Sida and the Swedish Research Council) for an project titled ”Contributions to the “Linguistic Survey of Nepal” – work on Lohorung and Nepali spoken language”. More information on the Swedish Research Links grants 2008.
The main collaboration partner on the Nepalese side is Professor Yogendra P Yadava, Tribhuvan University, Kathmandu.
The project concerns Lohorung which is a minority Sino-Tibetan language on the verge of extinction. It is spoken in eastern Nepal by the Lohorung Rai people. Being a severely endangered language, Lohorung needs to be documented. The documentation to be done now is not meant only for preservation (in archives) but also for revitalization and development. However, a precondition of such a development, is that there needs to be a documentation project as soon as possible.
The project has the following specific objectives:

The project is envisaged to have a duration of three years tentatively – one year for data collection, one year for analysis and for producing linguistic materials and one year for preparing spoken, graphical and written educational materials.
We are currently applying for a planning grant in order to prepare a more detailed application and plan of work, as well as for writing an overview, providing a feasibility study of the tasks proposed in the project.
More information about the project.

In August 2008, the department organised the 14th Himalayan Languages Symposium (HLS). The bi-annual Himalayan Languages Symposia brings together scholars working on languages and language communities of the greater Himalayan region: north-western and north-eastern India, Nepal, Bhutan and the Tibetan Plateau, northern Burma and Sichuan, and Nuristan, Baltistan and the Burushaski-speaking area in the west. Scott DeLancey from the University of Oregon, USA, was the keynote speaker.

As part of the project collaboration supported by the Swedish Research Links Program, a group of Nepali researchers (Sagun Dhakhwa, Bhim Regmi, Ram Sakun and Madhav P Pokharel) visited the SCCIIL Interdisciplinary center 30 April – 6 May 2012. On Thursday 3 May 3, there was a workshop where the Nepali researchers presented their work in a series of five talks.
Venue: IT University at Lindholmen, House Patricia. More information.