Department of Chemistry and Molecular Biology, University of Gothenburg, 2015

The Department of Chemistry and Molecular Biology conducts research and education of highest quality in three main fields: biomolecular sciences, environmental sciences, and fundamental chemical sciences. Research at the department is strongly focused on basic science and covers a wide scientific spectrum from the atomic and molecular levels all the way through cells to intact organisms. Much of the phenomena studied illustrate the chemical and biological interplay between molecules in our natural environment as well as in living systems.

The Research Group on Atmospheric Science consists of researchers with backgrounds in chemistry and environmental physics. The atmospheric science constellation is unique in Sweden in that it takes a molecular approach to transport and reaction processes in the atmosphere. A unifying research theme is the study of aerosols, and the activities range from fundamental studies of chemical reactions on the molecular level, to applied work including field studies of atmospheric processes. In addition to the fundamental interest, these studies are of key importance to current climate and air quality research and contribute to developments in the fields of colloidal chemistry, nanotechnology and medicine.
The atmospheric science group is active in inter and transdisciplinary research exemplified with hosting an adjunct Professor from IVL Environmental Research Institute and being a strong partner within the Gothenburg Atmospheric Science centre, based at Chalmers University of Technology. 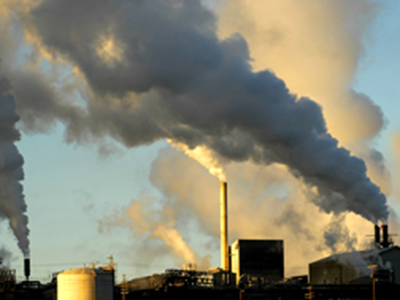 On 4 November 2014, Dr. Ravikant Pathak was granted a development research grant from the Swedish Research Council (total amount SEK 2.7 m in three years, 2015-17) for a project entitled ”Black Carbon and Tropospheric Ozone in Rural India: Implications for Health, Agriculture and Sustainable Development in a Changing Climate”. More information about South Asia related Swedish Research Council grants 2014.
Project abstract: The Indo Gangnetic plain, IGP, (North India) is exposed to one of the most severe regional air pollutions situation on Earth. It is also, here, effects of air pollution on vegetation, human health and regional climate cause excessive misery to a vulnerable population. Here the accuracy of ecosystem services and cost-benefit models would be most appreciated due to limited resources available for mitigation action on air pollution and climate change. Today, Sweden is emphasizing the co-benefit of actions on short lived climate air pollutants such as black carbon and ozone.

The overall aims of this project are to understand the presence, environmental effects and variability of the short-lived climate forcers black carbon (BC) and ozone (O3) by long term measurements combined with intensive campaigns to elucidate the relevant processes involved in rural India. This pioneering work on detailed characterization of the rural air masses in India will be linked to laboratory experiments using state-of-the-art facilities in Sweden to elucidate the chemical processes. In addition to improve modeling tools to assess the influences of biomass burning-driven air pollutants on agriculture and sustainable development, the project will ultimately pave the way to formulate life-improving environmental policies for poverty-stricken populations across the Indian subcontinent and beyond. The knowledge achieved will be delivered to schools and farming communities using the extensive networks of our partners in India.The Department of Chemistry and Molecular Biology is the result of a merger on 1 January 2012 of the Department of Chemistry and the Department of Cell and Molecular Biology. It is located in the chemistry building at the Chalmers Campus Johanneberg and in the Lundberg Laboratory at the Medical Hill.

The former Dept. of Plant and Environmental Sciences was active in South Asia related research, especially through Professor Olof Olsson. He has now moved to Lund University, where he is Professor in Molecular Biology at the Department of Pure and Applied Biochemistry

The long-term scientific goal was to increase rice yield in midhill and highhill areas (500-3000 m above sea level) in Nepal. The most important reasons for rice yield loss are the fungal pathogen Magnaporthe grisea (rice blast) and cold night temperatures. The project aims to introduce a biocontrol method based on bacteria to limit the rice blast disease. By molecular markers and genetic engineering the researchers aim to develop more cold hardy varieties of the local Himalayan rice Jumli Marsh.
In August 2003 the project, then named ”Development of Stress tolerant Rice Cultivars for Nepal” was given a SASNET planning grant, and in October 2004 the project was given both SEK 600 000 as a three-years grant (2005-07) from the Swedish Research Links (Asian–Swedish research partnership programme financed by Sida and the Swedish Research Council), and SEK 1 800 000 from Sida’s Developing Country Research Council (U-landsforskningsrådet). 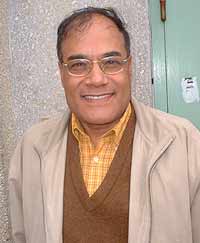 Gokarna Gharti Chhetri  worked as a senior researcher at the department, and  active in the plant molecular biology group. Chhetri hailing from Nepal was much involved in the project mentioned above, but he has also worked on a research project on ”Regeneration and Agrobacterium-mediated Transformation of Avena sativa L.”, which is a study carried out on common oat (Swedish: havre).
Due to lack of continued research funding, Dr. Chhetri has now left the department and moved to USA. He is working as Professor of Biology at Palm Beach State College in Lake Worth, Florida, USA.

Prof. Olof Olsson and Dr. Gokarna Gharti Chhetri were both involved in a Sida funded research project on the interaction between knowledge and values in the opinion moulding on gene technology, in particular genetic manipulation of crops, GMC. In August 2005 they were given SEK 55 000 as a SASNET grant for an educational programme titled ” Development of Biotechnological Education Programs and Information Packages in Nepal.” The project was carried out in collaboration with the School of Teacher Education, Malmö University, and the main applicant there was Dr. Margareta Ekborg. More information about the project, including an abstract.
The research partners in Nepal were:

In August 2007, Prof. Olof Olsson, and Dr. Gokarna Gharti Chhetri received a SASNET planning grant for a new research project titled ”Phytoremediation of Arsenic in South Asian countries.” See the full list of SASNET planning grants 2007.
The long-term objects of the project will be

Aakash Chawade worked with Prof. Olof Olsson on projects related to understanding processes involved in the cold acclimation mechanism in Arabidopsis thaliana, oats and rice. One of the projects have focused on Cold stress in Oryza sativa – rice. Rice is a staple for a large part of the human population and more so in the Asia. It can be grown on the plains as well as on the hills. In-spite of possessing the functional CBF genes in the genome, rice is a chilling tolerant but cold sensitive plant. Some of the rice cultivars are however better chilling tolerant than the rest. Aakash’s goal in this project has been to study and characterize rice genes that could improve the freezing tolerance of rice. Hence, he has studied four different rice genes by over-expressing them in Arabidopsis thaliana.
Aakash Chawade defended his doctoral dissertation entitled ”Unravelling the complexity of cold acclimation in plants” on Friday 10 June 2011. The faculty opponent was Professor Tapio Palva, Department of Biological and Environmental Sciences, University of Helsinki, Finland.
Read the full-text thesis (as a pdf-file) 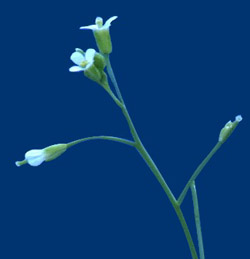 Associate Professor Magnus Holm defended his dissertation on ”Function and Ca2+regulation of mammalian transcription factors using molecular techniques and cell culture” at the Dept of Cell and Molecular Biology, Umeå University in 1997, and after that has worked in the laboratory of Dr Deng, Yale Universit. He has later been engaged in a research project called ”Analysis of light regulated gene expression in Arabidopsis thaliana”.
The research project has been carried out in collaboration with the National Centre for Plant Genome Research, at Jawaharlal Nehru University Campus, New Delhi, India. Holm’s collaboration partner in India has been Dr. Sudip Chattopadhyay, who is working on light signalling pathways in Arabidopsis.
Through the contacts with Dr Chattopadhyay three other South Asian researchers have previously been linked to the project: The two post-docs Dr Mintu Desai(2003-2004, currently post-doc at Michigan State University, East Lansing); Dr Chamari Hettiarachchi (2004–06), currently Senior Lecturer, Department of Chemistry, University of Colombo); and PhD candidate Sourav Dutta (since 2003).

This project was given a SASNET planning grant in January 2003, and in October 2004 the project, now renamed ”Improved crop plants by expression of central regulators of light signalling pathways” was given SEK 600 000 as a three-years grant (2005-07) from Swedish Research Links (Asian–Swedish research partnership programme financed by Sida and the Swedish Research Council). More information.
In August 2006 Dr. Holm’s research group was again given a SASNET planning grant to finance a project titled ”Light regulated development in plants – Translational research in Rape-seed and Rice”. The project is carried out by Magnus Holm in collaboration with Dr. Hettiarachchi, who after completing 2 years of post-doctoral training in Göteborg got a faculty position as a senior lecturer at the Dept. of Chemistry, University of Colombo, Sri Lanka, where she has started her own independent research group. Part of the project is to form networks with other plant scientists in Sri Lanka.
Project abstract: The aim is to translate and apply knowledge gained from studies of the weed thale-cress (Arabidopsis thaliana) on agriculturally important crops. The ability to optimize growth and development according to available light conditions is central to plants and the light signaling factors are highly conserved among plant species. Results from Arabidopsis on the underlying mechanism can therefore be quickly applied in crop plants. Previous studies have shown that overexpression of light receptors can have positive effects on crop productivity. However, unexpected physical modifications of the chloroplasts reduced the productivity of these plants. Our studies in Arabidopsis have identified a small number of transcription factors acting as key regulators in light signaling pathways. By overexpressing these factors we hope to circumvent the negative effects associated with overexpression of photoreceptors and achieve a more specific effect on crop productivity.

Professor Malte Hermansson has been involved in a Sida-funded project entitled “Microbial Diversity and Development of Antibiotic Resistance Associated with Industrial Wastewater Treatment”, that was awarded for 2009-2011 to Prof. Edward Moore, Institute of Biomedicine, Sahlgrenska Academy of Gothenburg University and to Dr. Yogesh Shouche, National Centre for Cell Science, Pune, India, to be carried out in collaboration with Prof. Joakim Larsson, Institute of Neuroscience and Physiology, Sahlgrenska Academy. Full information about the project.