The unit was closed down in April 2005 after Prof. Nils-Axel Mörner’s retirement 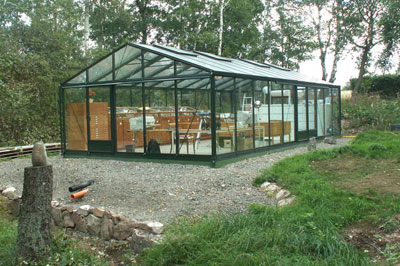 The Palegeophysics and Geodynamics unit (Enheten för paleogeofysik och geodynamik) at Stockholm University was basically a research unit, with a few subjects of special attention: • Sea Level, • Uplift of Fennoscandia, • Climate, • Paleoseismiy & Neotectonics, • Paleomagnetism, and • Geophilosophy. It was located at Kräftriket.
After the closing-down of the unit at Stockholm University Prof- Emeritus Nils-Axel Mörner has opened an independent research institution on Palegeophysics and Geodynamics, in Torekov in South Sweden (see building on photo). It was inaugurated in the summer 2010. Work goes on as before but now with zero founding.
Web page: http://www.pog.nu

During the period 1999–2003 Prof. Nils-Axel Mörner was president for the INQUA (The International Association of Quaternary Research) Commission on Sea Level Changes and Coastal Evolution, with a sub-commission (nr 3) devoted to the Indian Ocean. In the Spring 2000 edition of Integrated Coastal Zone Management he published an article on the Indian Ocean and its special sea level problems. That became the starting point for a research programme in the Maldives, which gave some spectacular finds. Information on the Maldives project, and the participating researchers is found on http://www.pog.nu/02projects/1_maldives.htm.
The key South Asia researchers in the sub-commission are Shahidul Islam, from the Department of Geography, University of Rajshahi, Bangladesh; J. Katupotha, from the Department of Geography, University of Sri Jayawardenepura, Sri Lanka; and V J Loveson, Central Mining Research Institute, Dhanbad, India.
Prof Mörner intends to broaden these studies geographically, and include not only the Maldives, but also Sri Lanka, South India, Bangladesh, the Andaman Islands and maybe Thailand, and also involve scientists from many different disciplines from Geology, Geophysics, Biology and Ecology to Archeology, Osteology, DNA Genetics, History, Linguistics, and History of Technology and Trade. In June 2004 an article written by Mörner on ”The Maldives Project: a future free from sea-level flooding” was published in the prestigeous magazine Contemporary South Asia.
In 2008, Mörner published a paper in Journal of Coastal Research (together with his colleagues Jacques Laborel and Sue Dawson) on multiple tsunami events in the Maldives as detected by submarine ”sandstormes” (a novel technique) together with coastal records and historical documentation. In late 2008, Prof. Mörner was awarded an award in Portugal, the so-called ”Golden Condrite of Merit” (consisting of a fragment of the 1998 meteor affixed to a silver plaque, for his ”contribution to our understanding of sea-level change”. The Maldives Sea Level Project continues.

At the Development studies research conference held at Lund University in January 2003 Nils-Axel Mörner presented his new research project on ”Freed from condemnation to become flooded”. Read abstract!
In August 2004 Mörner was awarded a SASNET planning grant for an educational projct called “Research and Education in the Maldives regarding sea level changes, island evolution and reef ecology.” More information.

• In November 2007, papers presented by Prof. Nils-Axel Mörner and colleagues at the 18th European Conference on Modern South Asian Studies (ECMSAS), organised by SASNET in Lund in 2004, were publishedin the journal Internationales Asienforum (International Quarterly for Asian Studies, Vol. 38, Issue 3-4). A section of the journal was devoted to the theme ”Environment and Ecology in South Asia: Past and Present”, with Michael Mann, Fern Universität in Hagen, Germany, being the guest editor. Michael Mann and Nils-Axel Mörner, Professor Emeritus in Palegeophysics and Geodynamics from Stockholm University, were co-convening a panel at the Lund conference titled ”The stress on culture and ecology by past and present changes in environment” (more information about the panel).
Four papers from the panel are now published, Prof. Mörner’s ”Sea Level Changes and Tsunamis, Environmental Stress and Migration Overseas. The Case of the Maldives and Sri Lanka” – read the full paper; Iftekhar Iqbal’s ”The Railways and the Water Regime of the Eastern Bengal Delta,  c1845–1943” – read the full paper; Bernardo A. Michael’s ”Land, Labour, Local Power and the Constitution of Agrarian Territories on the Anglo-Gorkha Frontier, 1700–1815”; and Golam Mahabub Sarwar’s ”Sea Level Rise. A Threat to the Coast of Bangladesh”. More information. 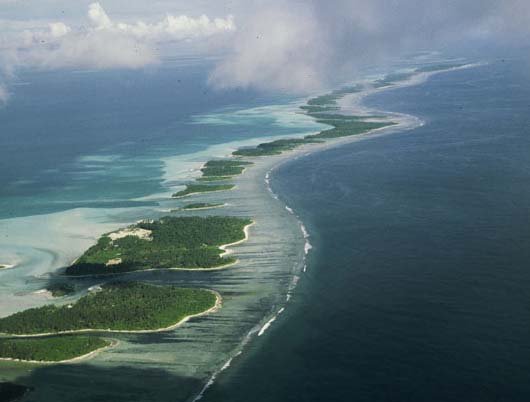 Internationally, the Republic of Maldives has in recent years mostly appeared in the news while discussing the effects of climate change. Ex-president Gayoom has made several appeals to the world for assistance because of the presumed threat of a coming total flooding of the islands, and even asked for resettlement of the entire Maldivian population to other countries such as Australia. As late as in early February 2009, he participated in the 9th annual Delhi Sustainable Development Summit (organised by The Energy and Resources Institute, TERI) and made an emotional speech on the issue. The new president Mohamed Nasheed has also engaged himself strongly in the issue.

Prof. Mörner has however strongly contested the theory of an imminent threat of total flooding of the Maldives, claiming that the Indian Ocean is characterised by special features of sea level changes. Based on the 1999–2003 INQUA research programme and its spectacular finds, showing that absolutely no sea level rise has taken place in Maldives during recent years (whereas at the same time the sea level in Maldives has shifted considerably over time – during the 14th Century A.D. it was for example one metre higher than today without causing any catastrophy), he has tried to inform the world about this without much success.
The Maldivian government has neither reacted positively to these findings since they goes against the official policy.
Read Prof. Mörner’s 2009 open letter to President Nasheed.

On Wednesday 8 December 2009, Prof. Mörner participated in the Copenhagen Climate Challenge Conference (held in Copenhagen 8–9 December 2009). During the fall 2009, he conducted a similar study of sea level changes in Bangladesh, and came up with equally surprising results – that no sea level change is taking place at all along the Bangladeshi coast. The conference, organised by the organisation Climate-Sense, coincided with the official UN Climate Change Conference (COP15) that was held in Copenhagen from 7-18 December 2009. More information.
Read Prof. Mörner’s Report on Bangladesh, written as an article entitled ”Sea level Changes in Bangladesh. New Observational Facts”, and published by the journal Energy & Environment, Volume21 No. 3 (2010).

The 7th International Conference on Asian Marine Geology (ICAMG) was held 11 to 14 October 2011 in Goa, India. One of the sessions, No 3, focused on the issue of ”The Illusive Sea Level Threat in the Indian Ocean”, and was convened by Nils-Axel Mörner. The panel was devoted to observational facts regarding sea level changes, the possible driving forces in climate, the behaviour of glaciers and where to direct the limelight with respect to urgent human problems.
Prof. Mörner presented a paper entitled ”Sea Level Changes in the Indian Ocean: Observational facts”. Read the paper (as a pdf-file)

In January 2014, the peer-reviewed magazine Journal of Coastal Research published an article entitled ”Submarine Morphology in the Maldives and Holocene Sea-Level Rise”, written jointly by Nils-Axel Mörner, Caroline Rufin-Soler, Jacques Laborel and Jacques Collina-Girard from the University of Lille Nord de France, and University of Aix-Marseille.
In the article they inform that an underwater survey of the Maldives archipelago has documented various types of erosion features in the Pleistocene reef rock record. Among these were several littoral notches, whose equivalent is found in many other parts of the world. The morphology of the notches at 24 and 35 m suggests that the decelerations of the Holocene transgression were true standstills, or episodes of very slow rise, followed by episodes of rapid rise of the water level. Some deeper water notches were also surveyed. Many caves and cavities in the Pleistocene reef rock, although excavated during low glacial levels, appear to have also been reworked by marine erosion during the Holocene rise. Deep dissection of old cavities by bioerosive action leads to frail, hooplike formations, unable to stand their own weight on dry land. Despite the difficulty of dating such formations as notches, their correspondence with similar features observed in other regions is striking. Read the full article.