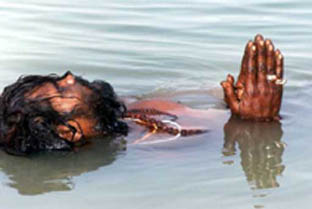 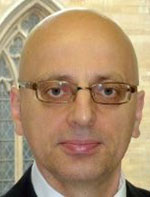 From 1 June 2014, Associate Professor Ferdinando Sardella is working at the department. The previous four years he worked as a post-doc at the Faculty of Theology; Uppsala University. From the Fall 2010 till May 2014, and before that, he originally came from the Department of Literature, History of Ideas, and Religion, Gothenburg University, where he defended his doctoral dissertation on ”Bhaktisiddhanta Sarasvati. The Context and Significance of a Modern Hindu Personalist” in February 2010. In recent years, Ferdinando has worked on a research project entitled ”Hinduism and Globalisation: A Return Journey”, carried out in collaboration with Jadavpur University in Kolkata, India.
Read more about Ferdinando Sardella and his research in Gothenburg and Uppsala.

Associate Professor Erik af Edholm has been one of Sweden’s leading scholars on Hinduism and South Asia since several decades. He has been engaged in research on different aspects of religion in South Asia: Saivism and Vaisnavism in South India; Myth; Hagiography; Theology; Agamic ritual, Iconography and Temple Architecture – especially in the Tamil area; Early reception of Indian Religion in Sweden; and Classical Indian interpretations (epistomologies) of trance experience (Yogipratyaksa, Jnanacaksus etc) in Indian religion; and Sandesakavya texts from South India. He defended his doctoral dissertation titled ”Jnancaksus. On Vision and Knowledge in Indian Religious Thought” at Uppsala University in 1989. In the thesis, Erik af Edholm examines some interrelated themes in Hindu, Buddhist and Jaina traditions. These parallel systems of thought share a number of concepts which once belonged to the pre-classical traditions of ascetic and sramanic circles and were closely connected with the cultivation of visionary experience.
Since the 1970’s he has also written a large number of books and articles on Hinduism and India, e g in the magazine Orientaliska Studier.

Professor Per-Arne Berglie defended his doctoral dissertation on ”The Gods climb down. Ritual obsession among Sherpas and Tibetans” in 1983. His main interest is Buddhism and especially the phenomena of ritual possession in Buddhist contexts, and the thesis was a study of the beliefs and practices of some Sherpa and Tibetan spirit-mediums in Nepal. The research was carried out in Nepal during the period 1970-71. The primary aim of the thesis was to put material for the study of Tibetan folk religion at the disposal of scholars. An article about the subject, titled ”Preliminary Remarks on Some Tibetan ‘Spirit-mediums’ in Nepal” was published in the magazine Kailash 1976, issue no 4. Read the article (as a pdf-file).
He has later conducted fieldwork in Taiwan, Vietnam, Burma and among Tibetans in Nepal. His latest publications include “Shamanic Buddhism in Burmese Spirit Medium Rituals”. 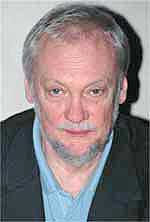 Dr. Urban Hammar (photo to the left) defended his doctoral dissertation thesis on ”Studies in the Kalacakra Tantra: A History of the Kalacakra in Tibet and a Study of the Concept of Adibuddha, the Fourth Body of the Buddha and the Supreme Unchanging”, based on texts in Tibetan and Sanskrit, and including research work among the Tibetan community in India, on Friday 27 May 2005. Faculty opponent was John Newman, New College of Florida, USA. The thesis treats the the tantric Buddhist system of teachings of Kalacakra, today a well-known teaching and initiation given since 1970 by the present Dalai Lama at mass ceremonies around the world. The Kalacakra was first introduced by Bhadrabodhi and Gyi-jo in the eleventh century, another example of successful cooperation between an Indian pandit and a Tibetan translator. More information, including abstract.
Dr. Hammar is now connected to the Forum for South and Central Asian Studies (ForSCASS), Department of Oriental Languages; Stockholm University, where he teaches Tibetan.

Dr. Pavel Volf defended his doctoral thesis at the department in 1994 on ”Victory to the Gods. Ritual obsession among Ladakhis”. He is now teaching in the department. 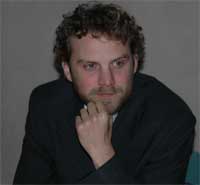 PhD candidate Klas Nevrin (photo to the right) has worked on a doctoral dissertation on Hindu Yoga traditions since the Spring 2004. It is a comparative study of modern and historical forms of yoga which focuses on the Viniyoga tradition. Views of body, health, ritualization, and relation between text and practice are studied using a primarily hermeneutic-phenomenological approach. Both textual sources and anthropological material are emphasized.
Project abstract: The use of chant and recitation is rapidly becoming an important feature in many religious settings, most notably in several modern Yoga traditions, yet the phenomenon has received less attention in research studies on contemporary religions. This paper is. work in progress that will draw attention to the dimensions of aurality and orality in ritual theory. The paper will investigate the usefulness of various performance and body-oriented approaches in an attempt to understand oral performances of Yogasutra in the Viniyoga tradition. These approaches are considered relevant because in many ways the dimensions of aurality and orality, as evinced in recitation, destabilize a rigid mind-body discontinuity, and may be seen as a significant part of the endeavour to destabilize dichotomies that are otherwise common in studies on the ritual use of texts. Recitation is also discussed in terms of (a) various modes of reception and interpretation of texts, such as informative, performative and transformative; (b) “flow” and “deep play”; and (c) so-called “gnoseological hermeneutics”. The resulting tentative framework of the analysis draws attention to tensions and subtleties in the relationship between meditation, ritual, and scholastic study.

PhD candidate Stefan Larsson has worked on a project titled ”Sacred Madmen in Tibetan Buddhism”. It deals with a Tibetan Buddhist guru in the 15th Centrury AD, named gTsang smyon Heruka (1452-1507). This guru was considered to be a ”sacred madman”, a concept prevalent in Tibetan tradition.

Per Juliusson defended a doctoral thesis at the department in 1974 on ”The Gonds and their Religion. A study of the integrative function of religion in a present, preliterary and preindustrial culture in Madhya Pradesh, India”. Dr. Juliusson worked for the organisation EFS as a missionary in India, and later became a vicar in the Swedish Church. He passed away in 1978.

Jan Samuelsson was an Islamologist who defended his doctoral thesis at the department in 1975 on ”Islam in Afghanistan – under the leadership of King Muhammed Zahir Shah. A study of the modernization process and its implications for the role of Islam in Afghanistan”. Dr. Samuelsson has later written several Swedish language books within the field of Islamology, a book about Love and Family life in 1996, about Islamic Economy in 2000 (read a review of the book), and in 2001 a book about Islamic Medicine (read a review of this book). He was also very active in the public debate in Sweden, and participated actively in board for the Swedish Committee for Afghanistan. Jan Samuelsson passed away in December 2005.