The Department of Zoology is divided into the following divisions: Ecology; Ethology; Functional Morphology; and Systematics and Evolution (at The Museum of Natural History).

Dan Wilhelmsson is working within the Division of Ecology. In November 2009, he defended his PhD thesis on a project on Artificial Reefs and Sea based Wind Power, with no specific South Asia relation. The thesis was entitled ”Aspects of offshore renewable energy and the alterations of marine habitats”. More information.

From 2010, Dr. Wilhelmsson is Scientific Coordinator for the newly established Swedish Secretariat for Global Environmental Earth System Sciences (SSEESS), aimed to ensure that Swedish research in global environmental change issues is better integrated into international programs. It is a collaboration project between the Royal Swedish Academy of Sciences, the Swedish Council for Working Life and Social Research (FAS), the Swedish Research Council Formas, the Swedish Research Council and VINNOVA. More information. 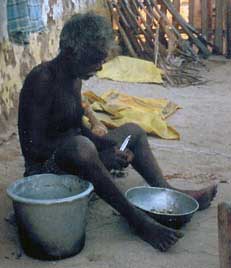 However, during the period 1999–2005 Mr. Wilhelmsson was working as Regional Coordinator in South Asia, based in Sri Lanka, for the Sida funded CORDIO (The Coral Reef Degradation in the Indian Ocean) Programme. This is a collaborative program involving researchers in 11 countries in the central and western Indian Ocean, created to assess the widespread degradation of the coral reefs throughout the region. Gradually much of the research is focusing on mitigation of damage to reefs and on alternative livelihoods for people dependant on reefs that are being degraded due to climate change and other stress factors. The CORDIO programme is centrally administered from the School of Pure and Applied Natural Sciences at the University of Kalmar, Sweden, being coordinated by Prof. Olof Lindén and Dr. David Souter. More information.

In 2005, an extensive report on CORDIO’s activities during the period 1999–2004 was published, titled ”Coral Reef Degradation in the Indian Ocean Status Report 2005”. More information.

A third thematic report is titled ”Alternative Livelihoods as a Tool for Sustainable Coral Reef Management in Sri Lanka” and is co-written by Nishanthi Perera and Jerker Tamelander. It gives recommendations for how living conditions can be improved in Sri Lanka and other countries.

Another post-doc working within the Division of Ecology at the Dept. of Zoology is Ullasa Kodandaramaiah from Bangalore, India. Before coming to Sweden, he studied at the College of Forestry, Ponnampet, Karnataka, where he did his bachelors thesis on the ecology of the Asian Elephant (Elephas maximus). Personal web page.
His research focuses on using molecular tools to understand the past evolution of butterflies in the family Nymphalidae, butterflies ccommon in the Coorg region in India. Dr. Kodandaramaiah defended his doctoral dissertation entitled ”The dispersal–vicariance pendulum and butterfly biogeograph” in September 2009. More information.
Working as a post-doc, he is a member of a reseach group on insect-plant interactions, led by Associate Professor Niklas Janz. The prime focus of interest for the group is to understand the processes that drive the evolution of host plant range, and in extension, host shifts and speciation.
Besides, Ullasa Kodandaramaiah is member of the Nymphalidae Systematics Group, with members mainly from University of Turku, Finland.