The research at MISU covers a wide range of topics in atmospheric science and oceanography. With research efforts ranging from the depth of the oceans to the Earth’s middle atmosphere, scientific diversity is a major strength of the department.
MISU is also part of the Bolin Centre for Climate Research, which is a collaboration project between the Departments of Meteorology; Department of Environmental Science and Analytical Chemistry (ACES); Physical Geography and Quaternary Geology; and Geological Sciences at Stockholm University together with FLOW at KTH Royal Institute of Technology and the Rossby Centre at the Swedish Meteorological and Hydrological Institute (SMHI). Founded in 2006, the Bolin Centre for Climate Research strives to understand natural climate evolution and variability, as well as changes imposed by the increasing human impact on the Earth System. It aims to build next generation expertise and knowledge on climate-influencing processes, over a range of time-scales and subsystems while addressing related societal issues. The challenge is to effectively harness national scientific expertise in a growing international effort to understand, mitigate and adapt to climate change.

Dr. Faisal Saeed Syed defended his doctoral dissertation at MISU on 27 September 2011. The thesis was entitled ”Uncertainties in the Regional Climate Models Simulations of South Asian Summer Monsoon and Climate Change”. Syed who at the time was working as Deputy Director for the Pakistan Meteorological Department in Islamabad was supervised by Heiner Körnich and Erik Kjellström. Faculty opponent was Professor Jagadish Shuklafrom George Mason University (GMU) in Calverton, Maryland, USA (and also being the President of the Institute of Global Environment and Society),
Abstract: South Asia, a land of contrasting landscapes, seasons and climates, is highly vulnerable to climate variability over intra-seasonal to decadal time scales. In winter, precipitation over the western parts of south Asia and fog over the Indo-Gangetic (IG) plains are the two major climatic features. During summer most of the region comes under the grip of monsoon. Winter precipitation over the north-western parts of South Asia is associated with eastwards propagating ‘western disturbances’ originating mostly from Mediterranean. Both observations and regional climate-model simulations show that the winter precipitation increases/decreases during the positive/negative phases of the North Atlantic Oscillation (NAO) and the warm (cold) phase of the El Niño-Southern Oscillation (ENSO). During these phases, the intensification of western disturbances results from the effect of an enhanced trough visible at sea-level as well as at higher altitudes over central Asia. The inter-annual variability of fog is coupled over IG plains with a significant trend in the fog frequencies, both in observations and ERA-Interim reanalysis data. This increase shows two distinct regime shifts in 1990 and 1998 with respect to mean and variance, this in contrast to a gradual increase of the humidity over the region.
The thermodynamic analysis of the intra-seasonal summer monsoon active phases (APs) over Pakistan revealed that a few days before AP, an upper-level warm anomaly appears over the northern Hindu Kush-Himalaya region and is reinforced by surface heating. The baroclinic height anomalies, with a low-level anticyclone located east of the warming, causes a moisture convergence, strong enough to overcome the preexisting stable atmospheric conditions. The extratropical dynamics also play an important role for the inter-annual variation of the South-Asian monsoon. It is found that the two leading modes between the upper-level circulation in the Atlantic/European region and monsoon rainfall are the Circumglobal Teleconnection (CGT) and the summer NAO. The positive phase of the CGT is related to a widespread increase of monsoon rainfall, and a positive summer NAO is related to a precipitation dipole with its positive anomaly over Pakistan. Read the full-text thesis.

Faisal Seed Syed is now working as Assistant Professor at the Department of Meteorology, COMSATS Institute of Information Technology in Islamabad. But he keeps contact with MISU, and during the fall semester 2014, he visited Stockholm for a month and on 27 November gave a seminar entitled ”Tropical Atlantic Influence on Pacific Variability and Mean State in the Twentieth Century in Observations and CMIP5”.

Another COMSATS researcher is expected to come to MISU in 2015 for a period of some months as a scientific visitor.

PhD Candidate Friederike Höpner is working on a project within a research group at Bolin Centre focusing on ”Clouds, Aerosols, Turbulence and Climate” (more information). Her project is entitled ”Climatic impact of Asian Soot Particles from an Observational Perspective”  and is based on observations from the Climate Observatory in Hanimaadhoo atoll in the Maldives.
Abstract: Aerosol radiative forcing is a hot topic in climate change discussions and is strongly dependent on vertical distributions of aerosol particles. The most important features for calculating the radiative forcing are aerosol number and size distribution, particle optical properties and chemical composition. We are working on vertical aerosol in situ measurements of the field campaign CARDEX (Cloud Aerosol Radiative Forcing Dynamics Experiment) at Maldives  Islands). CARDEX took place in February and March 2012 during the dry monsoon season with arriving polluted air masses from the Asian continent. Aerosol profiles could be measured with various instruments loaded on lightweight unmanned aerial vehicles. We focus on profiles of aerosol optical properties as scattering, extinction and absorption to determine aerosol optical depth for example. Furthermore comparisons with remote sensing measurements as LIDAR and sun photometers are made. In this context the quantification of surface as well as vertically resolved carbonaceous aerosol is very important.
Friedrike Höpner also gave a lecture on 27 November 2014. Her talk was entitled ”Vertical profiles of microphysical and optical particle properties above the northern Indian Ocean during CARDEX 2012”. More information about Friedrike on her personal web page.

PhD candidate Erik Johansson is part of the MISU research group on ”Satellite Studies and Data Assimilation” (more informaton about the group). He also focuses partly on South Asia. On 20 March 2014, he held a seminar entiteld ”Cloud Radiative Heating over the Indian Subcontinent during Summer Monsoon”

Since 2005 the Department of Meteorology at Stockholm University is involved in a major research project on ”Characterization of Light Absorbing Particulate Matter in Air and Precipitation over Southern Asia”. This project, funded for 5 years by a US$ 3.2 million grant from the Swedish International Development Cooperation Agency (Sida), has been part of the much larger International ”Atmospheric Brown Cloud (ABC)” programme dealing with the problem of air pollution in the Indo-Asia Pacific Region, and its impact on climate and the environment.
Professor Emeritus Henning Rodhe and Professor Caroline Leck led the research group at MISU, and they have been assisted by Resarch Scientist Erik Engström and three technicians. Close liaison has also been upheld with Professor Jost Heintzenberg’s Institute for Tropospheric Research in Leipzig, Germany.
More information on the ABC research project at MISU.
More information on the International Atmospheric Brown Clouds project (ABC)

The International programme has been coordinated by the Regional Resource Centre for Asia and the Pacific (RRC.AP) of the United Nations Environment Programme (UNEP), based in Bangkok, but it has also involved several research institutions in America, Asia and Europa besides MISU. The research institutions in South Asia that are involved in this project are TERI, the Energy and Resources Institute in New Delhi, and the National Physical Laboratory, New Delhi.

The researchers at MISU aims at getting a better understanding of the atmospheric life cycle of soot and its climate effects. Optical and chemical properties of soot particles in air and precipitation will be investigated by means of spectral light absorption, Raman scattering, electron microscopy and chemical multi-component analyses. MISU contributes to the International program by performing measurements at four stations in the South Asian region, located at Godavari, about 10 km south of Kathmandu in Nepal; at Sinhagad near Pune in western India; Nadan, Kanan near Bhubaneswar in Orissa; and at Hanimadhoo, 220 km from Malé in the north Maldives. MISU will install and operate the measurement equipment for these four ABC sites. The program also includes a capacity building component with at least one PhD student from Asia and several extended visits (at the post doc level) by Asian scientists to Stockholm and Swedish scientists to Asia.

In recent years MISU has been involved in another project called Regional Air Pollution in Developing Countries (RAPIDC), also funded by Sida. It was carried out in collaboration with Asian scientists in studies of the ionic composition of aerosol particles and rainwater.

Between 2006-2010, Professor Kristofer Döös from the department worked on a project entitled “The influence of the heat transports by the large-scale ocean currents on the anthropogenically induced global climatic change and how well they are simulated in present climate models“. The project received SEK 1.41 M from the Swedish Research Council. Prof. Döös has a PhD in oceanography from Université de Pierre et Marie Curie in Paris, and his research has been mostly focused on problems related to sea contamination. Read more at his personal page.
Description: In the present project we will investigate how much is missing in terms of heat transports in the ocean currents due to poor model resolution, and in particular in the region south of Africa where warm eddies or rings transport warm water from the Indian to the Atlantic. 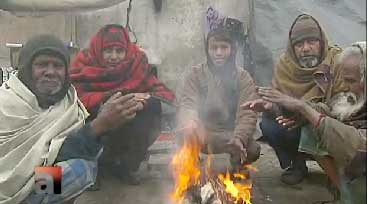 In collaboration with Dr. Örjan Gustafsson at the Applied Environmental Science (ITM), Stockholm University and several other European, American and Asian researchers, Prof. Henning Rodhe published an article in Science Magazine volume 323, January 2009. The article is titled ”Brown Clouds over South Asia: Biomass or Fossil Fuel Combustion?”. It deals with the haze and smog that is prevalent in urban areas of India under specific humidity conditions associated with winter monsoon period during which there is no rain to wash pollutants from the air. The brown clouds are created by a range of airborne particles and pollutants from combustion (e.g. woodfires, cars, and factories), biomass burning and industrial processes with incomplete burning. The scientists have now proved that most of it is actually caused by wodfire and biomass burning, and less can be attributed to fossil burning. More information on the Science article.
The article is based on an extensive report titled ”Atmospheric Brown Clouds: Regional Assessment Report with Focus on Asia” that was presented in 2008 by the United Nations Environment Programme (UNEP), Regional Resource Center for Asia and the Pacific. The report was prepared by the Agriculture Impact Study Group coordinated by the Indian Agricultural Research Institute (IARI, India) and the Center for Clouds Chemistry and Climate of the Scripps Institution of Oceanography (SIO), USA; Water Impact Study Group coordinated by Nanyang Technological University (NTU), Singapore; and Health Impact Study Group Coordinated by Chulabhorn Research Institute (CRI), Thailand in coordination with the ABC Science Team.
The lead authors behind the report include Veerabhadran Ramanathan, University of California San Diego, USA; Henning Rodhe, Stockholm University, Sweden; Madhoolika Agrawal, Banaras Hindu University (BHU), Varanasi, India; Usha Kiran Chopra and A.K. Singh from the Indian Agriculture Research Institute, India; Lisa Emberson, Stockholm Environment Institute, UK; Syed Iqbal Hasnain, The Energy and Resources Institute (TERI), India; Mylvakanam Iyngararasan, United Nations Environment Programme; and Achuthan Jayaraman, National Atmospheric Research Laboratory, India. Full information about the report.