Centre for Teaching and Learning in the Humanities (CEHUM), Stockholm University, 2015 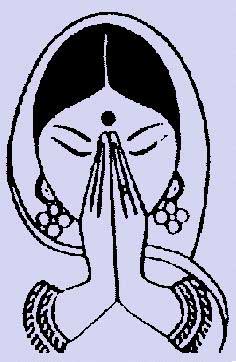 From 1993 the department every year arranged an elective 20 credits specialization programme on Global Education, for many years led by Dr. Jim Walch. The programme, open to all admitted students to the Teachers traing programme at the Institute, consisted of an intensive 10 weeks field work study (called The Changing South) in Tamil Nadu, India, and a 10 weeks follow-up course in Sweden afterwards. More than 700 students passed the programme through the years.
Dr. Walch was also the department’s representative in the so-called ITERMS (International Teacher Education and Research Multidisciplinary Support) International Centre. The main task of this Centre was to meet the increasing demands for commissioned education and research from third world countries as well as from new member states of the European Union.

In 2006, the programme was converted into a 10 credits (15 ECTS) course titled ”Changing India and Ourselves”, led by Kristina Lanå, International representative at the department. Just like before, the course consisted of two parts, first five weeks field studies in Tamil Nadu, India, where the students should confront, analyse and reflect upon the various patterns of poverty and domination that can be found in the South and in the relation to the richer parts of the world; and then five weeks literature studies and seminars in Sweden.The partner institutions in Tamil Nadu were St. Joseph’s College in Trichy, Loyola College in Chennai, N.K. Thirumala Chariar National College of Education for Women (NKTNCE) in Chennai, Madras Institute of Development Studies (MIDS), and the Village Community Development Society, VCDS, in Vellakulam.The course again ran every year in January–March from 2008 till 2011. In the final years is was the two lecturers Annika Bergsland, and Stina Eriksson, both from UHS. More information. In February 2006 Jim Walch received a SASNET planning grant for a project called ”Teacher education in the field: Facilitating thesis work in South India.” The project aimed at formalising relationships with educational institutions in Tamil Nadu, in order to facilitate for Swedish students to do their didactic theses and project work in India, and lead to having more teachers in the future with a knowledge of the South. Two members of the ITERMS team visited South India in October-November 2006 in order to strenghten and further develop existing cooperation and form new alliances.Project abstract: This is a network planning project with the specific goal of formalizing relationships in order to enable an expected large number of students from the Stockholm Institute of Education, Sweden’s largest teacher training institution, to carrying out didactical research projects in education at the senior thesis and Masters level and to prepare the way for similar field work in a projected European Joint Masters in Global Education. The motivation for this project is to help correct the bad state of teaching about the South in general and South Asia in particular, in schools. Over the past fifteen years, about 700 students and teachers have participated in undergraduate courses in South India organized by the SIE. This will continue and the present project is to expand and strengthen resources so that other categories of students can do meaningful work in the field. We plan to expand the number of academic and NGO partners and to sign contracts so that students from the SIE will receive proper guidance. The newly formed centre at the SIE, ITERMS (see information above) is the focal point for this type of work.As a result from the SASNET funded journey, MoUs were signed with Loyola College and NKT National College of Education for Women (NKTNCE, affiliated to the University of Madras), both in Chennai. Loyola College, South India’s leading institution, is starting teacher education from the academic year 2007-08. Several new areas of cooperation were discussed with NKTNCE. One is in the area of Early Childhood Education, an area of SIE expertise. Another is a three part cooperation around curriculum development in the field of low-vision(special education together with the NIVH (National Institute for the Visually Handicapped , South India regional office in Poonamalai). Both the NIVH and NKTNCE have assumed pioneering roles in this area in teacher educatuion in South India, along with the Ramakrishna College in Coimbatore.
Contact was established with another institution for teacher education in Chennai, Stella Maris, one of the largest of its kind in South India, also affiliated to the University of Madras. Research connected to South AsiaDr. Jim Walch worked on a research project called ”Encountering India – A Study in Cross-Cultural relearning”, based on experiences from running of the course ”The Changing South” since 1994. The project dealt with how people from Europe react when confronted with an Indian reality, how preconceived notions and perspectives are turned upside down. He tried to expose why the European perspectives are so limited and culturally coloured by Orientalist ideology, congenially described by Edward W. Said in his book ”Orientalism – Western Conceptions of the Orient”.  More information on the research project (as a pdf-file).Project abstract: Why do we call the spot on the forehead of an Indian woman a ”caste mark” when this is not a mark of caste? Why do we believe that all cows in India are holy for everyone? And read in the newspaper that the export of beef from India is a growing and important enterprise. Where did we learn these things? More importantly, why have we learnt this? What more preconceptions of the ”Oriental Other” do we harbor, perhaps not consciously? How are these preconceptions reproduced and how can we deconstruct and reconstruct our orientalist conceptualizations? Can these preconceptions and attitudes be made visible through a close encounter? These are the questions Dr Walch is working with in his research project.