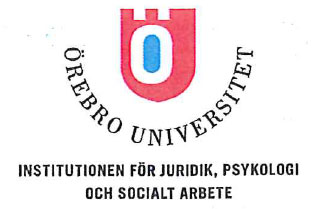 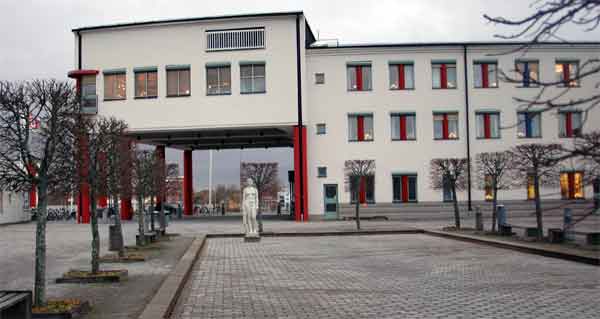 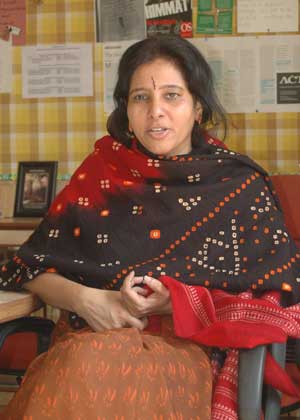 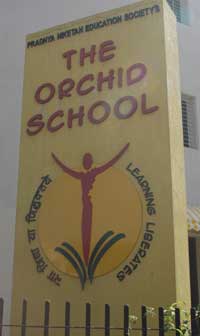 Lakshmi Kumar (photo to the right) is the Coordinator-cum-Supervisor for the project, based at the Orchid Scool in Pune, but visiting Örebro a couple of times every year. She has a Master’s Degree in Social Work, specialised in Medical & Psychiatric Social Work, and with a Post Graduate Diploma in Human Resource Management.
Ms. Kumar supervises the students for their three months field practice in India comprising of study visits, seminars, individual/group conferences and process meetings. On successful completion the students are certified with 15 credits for their Graduate Study.
From the start of the project, Anders Jonsson at the Dept. of Sociologywas the coordinator on the Swedish side. He has now, however, left the project.

During the Fall 2010, 18 Swedish students came to Pune for their fieldwork within the Sweden-India project framework. Lakshmi Kumar goes to Sweden every year in order to prepare next year’s student group, and also do some lecturing. 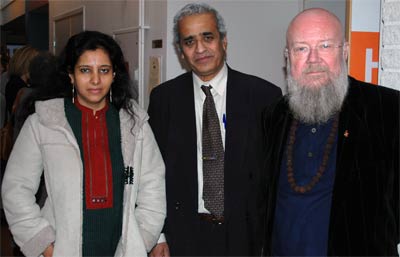 The School of Law, Psychology and Social Work, Örebro University, previously known as Department of Behavioural, Social and Legal Sciences, Örebro University, and the Sweden–India Project organised a two-days seminar 16–17 December 2004, on ”Transcultural Sensitivity” in connection with the 10th Anniversary celebration of the Sweden–India Project. Lars Eklund from SASNET participated in the seminar.
All students that had passed the training programme over the years were invited to the seminar, that included a lecture by Prof. Seshadri Seetharaman from the Royal Institute of Technology, Stockholm (on the photo in the middle, together with the key persons of the Sweden-India project, Lakshmi Kumar and Anders Jonsson)

Since 2005 the Legal Science division at the School of Law, Psychology and Social Work, Örebro University, previously called Department of Behavioural, Social and Legal Sciences is involved in a Linnaeus-Palme International Exchange Programme with the Symbiosis Society’s Law College in Pune, India. The counterpart on the Indian side is Dr. Shashikala Gurpur (photo to the right), Dean at the Faculty of Law, Symbiosis Law School. More information.

The Social Work programme at Örebro University established an Indian-Swedish educational project in 1994. The SWEDEN-INDIA PROJECT as it is called – now administered by the School ofLaw, Psychology and Social Work – will celebrate its 20th anniversary on Friday 16th May 2014. Örebro University and a few other Swedish universities every semester send students of Social Work for training in India, where the counterpart is the Orchid School in Pune, headed by Lakshmi Kumar.

At the jubilee function in Örebro, Indian Ambassador Banashri Bose Harrison will participate with an introductory speech, Lakshmi Kumar will tell about the development of the project during 20 years, and representatives of Örebro University and Mid-Sweden University will share their experiences. Full information.
In connection with the 20 years jubilee function, a youtube move on the project was posted. See the film.