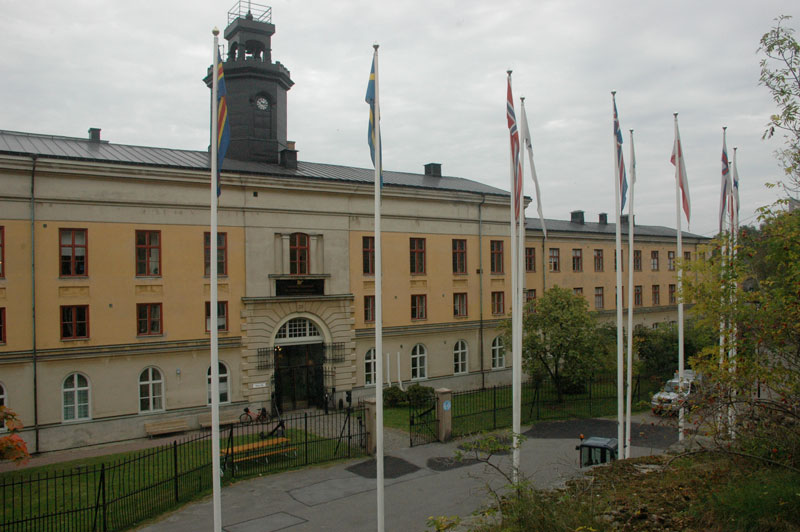 On 31 December 2014, the Nordic School of Public Health (NHV) in Gothenburg was closed down. Located in a beautiful building (photo) at Nya Varvet, it was a Nordic institution established in 1953 and funded by the Nordic Council of Ministers (Nordiska ministerrådet), offering higher education and research in the field of public health for persons working within health and medical services in the Nordic countries Sweden, Norway, Denmark, Iceland and Finland. In addition, NHV has had a large student body outside the Nordic Countries due to extensive distance learning opportunities. It was possible to take single courses or a combination of courses that lead to a degree. English speaking students could obtain a Diploma in Public Health, Master of Public Health (MPH), or Doctor of Public Health (DrPH). Additional diploma programs were available in Scandinavian language.
The decision to close down NHV was taken on Tuesday 11 June 2013, at the the Nordic Social- and Health ministers at the Nordic Council of Ministers’ meeting in Stockholm. The Swedish government claims that the closure is a result of the fact that in recent years so many research institutions on Public Health have been established in the Nordic countries, and therefore the need for this pan-Nordic institution is less than it was previously.
On Friday 27 May 2011, Lars Eklund and Julia Velkova from SASNET visited Gothenburg, and met Alexandra Krettek and Göran Bondjers. Read a report from the meeting.

NHV was presented in a supplement of Scandinavian Journal of Public Health [http://sjp.sagepub.com/ ], Spring 2015. 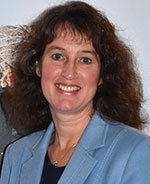 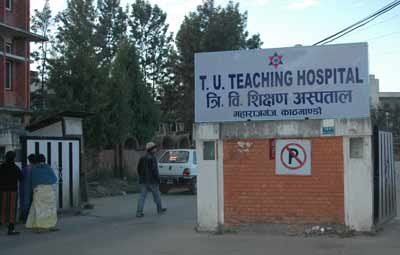 Alexandra was employed at NHV during 2007–2014, the two final years as Professor of Public Health. In 2008, she initiated her research in Nepal and was coordinator and project leader of the interdisciplinary project “Collaboration between GU and Nepali Institutions; Strengthening Health Education, Supporting Research, Monitoring Health” funded by GU within the “Global University” venture (2011–2013). It was based on previous Linnaeus Palme exchange programme experiences with Tribhuvan University, but was much wider, including additional Nepali institutions and programmes, and extending its focus to both education and research. The exchange programme was also extended to include administrative staff and PhD candidates.
Additionally, Alexandra recently was project leader of a Leadership Development for Higher Education Reform programme, funded by the International Association of Universities, focusing on building and strengthening research capacity between Institute of Medicine, Sahlgrenska Academy at GU and Institute of Medicine, Tribhuvan University, Nepal. More information about Alexandra.

Alexandra’s current research in Nepal has public health focus with special emphasis on population-based studies for cardiovascular disease prevention. Community-based studies relating to risk factors for obesity, diabetes, and cardiovascular disease are critical in Nepal which is a country in rapid transition with imminent lifestyle changes. Part of the earlier research work was to establish a health demographic surveillance sites (HDSS) in Nepal, outside the capital city of Kathmandu. As part of the HDSS-establishment, other projects have now been initiated that cover areas such as reproductive health. Currently, three PhD candidates are working on their dissertation projects connected to ongoing research in Nepal with Alexandra as main supervisor. They are sandwich PhD students, meaning they live and work in Nepal while being enrolled within the PhD programme at Sahlgrenska Academy, University of Gothenburg, Sweden.

Natalia Oli, MD, works on the project entitled ”Health promotion for diet and physical activity and its impact on cardiovascular health: A community-based trial for married women in a semi-urban community of Nepal”.
Abstract:Rising life expectancy and urbanization with changes in lifestyle lead to a shift in disease burden towards CVDs in low- and middle-income countries like Nepal. Change in dietary pattern is paralleled by decreasing physical activity, leading to rapid increase in overweight and obesity. Dietary habits and physical activity behavior of children are initiated in childhood and continue into adulthood. Good nutritional knowledge of parents is associated with healthier diet like consuming more servings of vegetables and fruits and fewer servings of fried food/sweets. This study will involve married women with school-going children. In the Nepalese context, the woman is responsible for making choices regarding lifestyles of the family, particularly of her children. By adopting healthy lifestyle themselves, women may play crucial roles in primordial prevention of CVDs in the community. This study will 1) explore the perception of the community regarding healthy diet and physical activity and preparedness of the women with school going children for the intervention; 2) explore knowledge and attitude among married women regarding diet and physical activity and practice among their children; 3) develop an intervention and educate mothers with school going children through different cardiovascular health education methods; and 3) assess and compare outcome of the health education interventions and effectiveness of different health education methods by comparing with pre- and post-intervention findings.

Binjwala Shrestha, MPH, works on the research project ”Challenges in prevention and timely care of uterine prolapse in Nepal”.
Abstract: Reproductive health problems are conditions that affect the reproductive system and encompass obstetric morbidity including conditions during pregnancy, delivery and the post-partum period; and gynecological problems including conditions of ill health unrelated to pregnancy such as reproductive tract infections, cervical cell changes, and uterine (genital) prolapse. Such health problems are often an outcome of women’s poverty, powerlessness, and lack of control. Out of 7,750 women examined in three districts of Nepal, 76.2% had four major types of morbidity related to the reproductive tract with uterine prolapse (UP) being one of the major reproductive problems. The Ministry of Health and Population of the Government of Nepal has declared UP a priority program with operational guidelines to mobilize screening and primary care of UP at village level. However, this aid does not reach most women and UP is a hidden agenda of women in Nepal. To date, not all dimensions are clearly explored regarding women’s individual knowledge, perception and behavior concerning UP care. The delay in UP care results in expensive treatment and promotes clinical complications that are avoidable. The general objective of this study is therefore to describe UP-affected women’s knowledge, perception, and care seeking practices in order to identify factors of delay in care of UP at various levels.

Bishnu Choulagai, MPH,works on the project “Determinants of Skilled Birth Attendants Service Utilization: Evidence from Nepal”.
Abstract: An important component in the effort to reduce health risks for mothers and children is to increase the proportion of babies delivered in a safe and clean environment and under the supervision of health professionals. Nepal is promoting safe motherhood through various activities, including delivery by skilled birth attendants (SBA). Despite high priority of the National Safe Motherhood Program by the Government of Nepal, maternal and neonatal mortality and morbidity rates in Nepal remain high at 281 maternal deaths per 100,000 live births and 33 neonatal deaths per 1,000 live births. Nepal still has low utilization of SBAs. Moreover, many districts have very poor SBA utilization compared to the national average. The overall aims of this study are to identify implementation barriers and constraints in scaling up SBA service utilization in Nepal. Additionally, to develop and test an intervention package to address these barriers and constraints and further; to evaluate the scalability of the intervention.

Professor Göran Bondjers (photo to the right ©Kristina Båth) was Dean at NHV during 2006-2010. He has participated in initiating the Linnaeus-Palme students and teachers exchange programme between GU and the Institute of Medicine, Tribhuvan University in Kathmandu, Nepal. He has been extending the links with Tribhuvan University in Kathmandu over the years which has laid the foundation for some of NHV’s research in Nepal. In 2005, Prof. Bondjers was awarded a Swedish Research Links planning grant by Sida and the Swedish Research Council for a project entitled ”Metabolic dysfunction related to genetic factors and life style – studies of ethnic groups in Nepal”.The project was planned together with Professor Gopal Acharya at Tribhuvan University Teaching Hospitalin Maharajgunj, Kathmandu. The project dealt with the fact that certain ethnic groups are more susceptible to changes in lifestyle than others and the aim was to study the development of obesity, diabetes, hypertension and cordonary vascular disease.

Professor Emeritus Bo Eriksson (photo to the left) was employed at NHV in 1979 and actively involved in research and teaching at NHV until 2014. He received a three-year (2007-09) Swedish Research Links grant, provided by SIDA/SAREC and the Swedish Research Council, for the project ”Fertility, sex ratio, mortality and socio-economy studied in two rural Demographic Surveillance Sites, India and Vietnam: Internal and external validity of information”.
It was carried out in collaboration with Nguyen Xuan Than, Hanoi Medical University, Vietnam. Bo Eriksson research is also focused on the epidemiological field laboratory in BaVi, Vietnam, which started in 1999 with follow-up of more than 50000 persons to study vital events. The setting is also used for a variety of other studies, e.g. on equity in health. Based on his extensive experience from Vietnam, Prof. Eriksson was also involved in aiding and supporting the establishment of the health demographic surveillance site in Nepal.

Professor Max Petzold (photo to the right ©Kristina Båth) was employed at NHV 2003-2010 and is now Professor of Biostatistics at Akademistatistik, Centre for Applied Biostatistics, Sahlgrenska Academy at GU. He was involved in establishing the health demographic surveillance site in Nepal. A large part of his previous international work is based on the demographic surveillance sites in Vietnam (Dodalab in Hanoi, and FilaBaVi in Ba Vi) and Uganda (Iganga).

Suraj Shakya-Vaidya defended her doctoral dissertation entitled ”Primary open angle glaucoma in Nepal: Exploring the Unknown” on Wednesday 10 December 2014. The faculty opponent was Professor Nawi Ng, Umeå university. Suraj Shakya Vaidya has worked in Nepal as an academician and clinician for 19 years in the field of Ophthalmology and lately relocated to UK. She has special interest in glaucoma and was involved in several glaucoma researches in Nepal including two research projects on Pseudoexfoliation syndrome funded by Nepal Health Research Council.
Abstract: Dealing with blindness related to primary open angle glaucoma (POAG) has always been challenging due to late detection as POAG can remain asymptomatic until end stage. Most eye hospitals in Nepal conduct opportunistic screening programs for glaucoma, but no reports confirm whether screening programs achieve their goals in preventing blindness. More information including link to full-text thesis.

In his thesis, Umesh Raj Aryal aims to establish a health demographic surveillance site and examine psychosocial factors among non-smoking adolescents who demonstrated susceptibility to smoking initiation in Nepal. He has carried out research in Jhaukhel and Duwakot villages, a peri-urban area in the Bhaktapur district of Nepal. The content analysis showed that participants were unaware about short-term health consequences of smoking. Smoking initiation related to socio-environmental factors and participants expressed confidence that they would be able to resist peer pressure and refuse to smoke. The thesis reveals several psychosocial factors that influence smoking-susceptible adolescents. Thus, effective smoking prevention programs must incorporate psychosocial factors that prevent smoking initiation in adolescents. More information, including link to full-text thesis.