Dr. Petter Pilesjö is a physical geographer concentrating mainly on GIS education, implementation and spatial modelling. He has over 20 years of teaching and research experience, at national and international level.
From 1 January 2010, Dr. Pilesjö is also working as deputy director on a 20 % basis for Lund University’s Centre for Middle Eastern Studies (CMES). 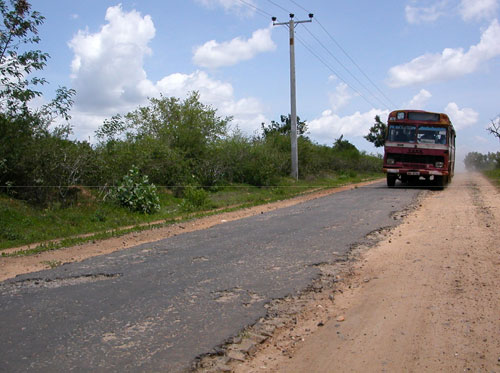 For several years Petter Pilesjö has participated in a research project on ”Regional Development in an Open Economy. A Comparative Study of Hambantota and Gampaha Districts, Sri Lanka”, involving the Faculty of Social Science at the University of Kelaniya in Sri Lanka.
This project was initiated by the late Associate Professor Anders Närman at the Dept. of Human and Economic Geography, School of Business, Economics and Law, Göteborg University, and has later on been coordinated by the researcher Jonas Lindberg at the same department in Göteborg.
It was funded by Sida/SAREC for the period 2007–09 and the ambition was to continue the research about GIS introduction in Sri Lanka, from the Lund University GIS Centre. As of 2012 the project has been completed. More information about the project.

As part of this effort the Centre for Geographical Information Systems in 2005 started a Linnaeus-Palme International Exchange Programme with the University of Kelaniya in Sri Lanka. The project received continued funding for the period 2010-11. More information about the South Asia related Linnaeus Palme projects for 2010-11.
Dr. Ulrik Mårtensson, Lecturer at the Dept. of Physical Geography and Ecosystems Analysis, has been involved from the beginning in planning for the exchange programme.

PhD Candidate Anders Ahlström was involved in the Sri Lanka research project, under Petter Pilesjö’s supervision. Anders’ role was to study the linkages between proximity to cities and market places, indicators of poverty, and use of land. By using GIS, a model of accessibility in the form of travelling times to market places and cities was developed. The model was parametrized with information received from interviews with the local population. Lund University’s Centre for Geographical Information Systems has developed a special programme to calculate parameters from interview data. A new method combining data traditionally used in social sciences, with methods commonly used in natural sciences.

The results show a strong correlation between the estimated accessibility and the use of land, including cultivation of crops. There is also a correlation between accessibility and the indicators of poverty.
Anders Ahlström wrote on this theme in his Masters thesis, that was published in 2008. The thesis, based on field work funded by a Minor Field Studies grant, was entitled ”Accessibility, Poverty and Land Cover in Hambantota District, Sri Lanka. Incorporating local knowledge into a GIS based accessibility model”.