The researchers within the field of Islamology at Lund University try to combine the study of religion with perspectives of the humanities and social sciences. It means that they apply a wider approach than a pure theological perspective: Religion is seen as a public phenomenon among others, and Islam as being formed and developed in a surrounding context. Islamologists from Lund are actively participating in the public debate, analysing Islam in its interpretation and practices. 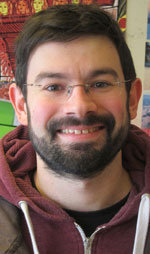 Dr. Stefano Bigliardi has been a Post-doctoral Researcher at CME. He defended his PhD in 2008 at the University of Bologna. In September 2010, he joined the Center for Middle Eastern Studies in Lund as a visiting researcher. He is currently working on a monograph about the contemporary proponents of the harmony between Islam and science, particularly looking at their interpretations of the concept of “miracle.”
Stefano has grown in interest in South Asian Islam, and in March 2013 he visited a number of universities in India including Aligarh Muslim University (AMU) but also Punjabi University in Patiala, and Guru Nanak Dev University in Amritsar. Specifically, he wanted to gather material for further research on Islam and science in India, and perhaps do a study in a comparative perspective with analogous debates in Hinduism.
Stefano Bigliardi presented his findings at a CMES seminar on Friday 26 April 2013, 13:15-15:00. Working title is “Exploring the Contemporary Debate on Islam and Science in India.”
Stefano has however now accepted a position at a university in Mexico City, that he will join in mid-October 2013.

Since its inception, CMES has collaborated with SASNET at several occasions regarding the organisation of seminars.
A well-attended joint seminar on ”Global Terrorism: Myth or Reality” was held in Lund on Wednesday 10 October 2007. The Ambassador of Pakistan to Sweden, H.E. Mr. Shaheen A. Gillani was the key speaker to talk about the theme for the evening, questioning the use of the concept ”terrorism” only by individuals and groups but excluding the prevalent cases of state terrorism.
Other speakers at the seminar were Prof. Bo Huldt from the Swedish National Defence College in Stockholm, who talked about ”Is Terrorism the Model for Warfare in the New Millennium?”, Dr. Maria Bjernevi, former Senior Analyst at the Swedish Security Service (Säpo), who talked about ”Global Jihad, Local Terrorism”, and Iram Asif from Copenhagen University, who talked about ”Behind the Screen: Young Women of Jamia Hafsa”. Her speech was based on material from fieldwork carried out in Pakistan. More information.

On 21 october 2010, Dr. Leif Stenberg, Director for Center for Middle Eastern Studies (CMES), Lund University was awarded a major three-years grant for a project on Asian Migration from the Swedish Research Council for research within the fields of Educational Science 2010. The project, entitled ”Transnational Mobility of Higher Education within Asia: An Interdisciplinary Study of Strategies and Educational Conditions among Young Persons” will be carried out by a group of six researchers, four of them at Lund University and two at the University of Gothenburg. It will be carried out durng the period 2011-13, and the total sum awarded is SEK 5.68 m.
Besides Leif Stenberg himself, the researchers involved are Dr. Anna Lindberg, SASNET, Lund University; Dr. Ann Kull and Dr. Monica Lindberg Falk, Centre for East and South-East Asian Studies (ACE), Lund University; Dr. Bengt Jacobsson and Dr. Marie Carlsson, Department of Cultural Sciences, University of Gothenburg.
This interdisciplinary project aims to study the transnational mobility of higher education within Asia by taking a perspective that situates individuals at the centre. It will investigate young people’s strategies, experiences, and visions, with individual studies based on fieldwork and data collection in India, Indonesia, Malaysia, Nepal, Syria, Thailand, and Turkey.
Anna Lindberg is in charge of the South Asian angle. The SASNET Director, who is a historian, will make an individual study of the situation for Nepalese students at some of the major universities in India, focusing on identity creating processes. She will try to illustrate differences, similarities and overlapping between the stories of male and female students, what role the nation plays for them, and what visions they carry for the future. The stories of the Nepalese students wil be put into a context, where the Nepalese policy for higher education and the country’s relation to India is highlighted, especially in the case of possible discrimination of Nepalese students. More information on Anna Lindberg’s previous research. 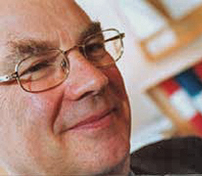 Professor Emeritus Jan Hjärpe is one of the leading experts on Islamology in Sweden. He defended his PhD at the Dept. of History of Religions, Uppsala University, in 1972. The dissertation was titled ”Analyse critique des traditions arabes sur les sabéens harraniens”. He became Professor of Islamology at Lund University in 1984. He is also member of the Royal Academy of Letters, History and Antiquities. Even after his retirement from the department in 2005, he is frequently used as an expert in the media, and at conferences and seminars. Among his many books are ”Islam, lära och livsmönster” (Stockholm 1979, 1985); ”Politisk islam. Studier i muslimsk fundamentalism” (Stockholm, Göteborg 1983, 1990); and ”Sharia: Gudomlig lag i en värld i förändring” (Norstedts 2005). More information on his personal web page.
Jan Hjärpe was instrumental in the setting-up of SASNET, and participated in SASNET’s Global workshop held in Lund 27–28 August 2001, where he presented a paper on ”Global Academic Networking and the question of Nationalism, Ethnicity and Religious affiliation in South Asia.” Read the full paper (as a pdf-file) 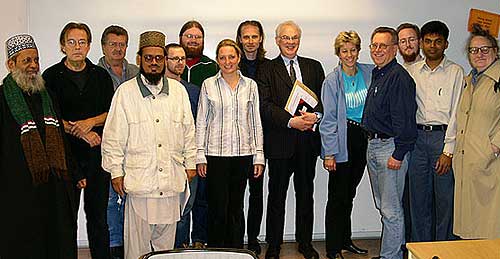 Undergraduate courses in Islamology are arranged up to 80 credits level. The focus has mostly been on the Arab World and Iran, but in recent years the section of Islamology has also organised 5 credits part time courses on Local Islam – Islam in South and South East Asia in the Fall semesters.

A collaboration with the University of Dhaka in Bangladesh has also been developed. Two guest professors from Dhaka came to Lund University in 2004, see the photo to the right.
In July 2005 Dr. Leif Stenberg (who defended his doctoral dissertation titled ”The Islamization of Science: Four Muslim Positions Developing an Islamic Modernity” in 1996) reciprocated and visited Dhaka and gave lectures about ”Islam and knowledge”, ”Muslims in Scandinavia”, and ”Sufism in Damascus”, at several University of Dhaka research centres and departments, including the Center for Advanced Study in Social Sciences; the Center for the Advanced Study in Humanities; and the Department of World Religions. Through his visit Dr. Stenberg established more valuable links with Bangladeshi researchers.

Abdul Baten Miaji successfully defended his doctoral dissertation on Friday 21 May 2010. The thesis is entitled ”Rural Women in Bangladesh: The Legal Status of Women and the Relationship between NGOs and Religious Groups”, focusing on the status of women in Bangladesh from a social and religious perspective. Miaji tries to analyze, in a social and religious context, the present situation in Bangladesh, concerning women and the conflict with religious activists, arisen on account of the activities by NGOs and different women organizations. The faculty opponent was Dr. Monica Erwér, School of Global Studies, University of Gothenburg (currently working as Team Leader for the Swedish non-governmental organisation The Swallows India Bangladesh section). More information about the thesis.
Abstract: After the independence of Bangladesh from Pakistan in 1971, changes in social and economic arena have taken a dynamic turn, particularly concerning women. Modernity and new changes of the society demands more participation of women in labor market as well as in other social activities which religious and conservative groups cannot accept whole-heartedly. Presently, national and international initiatives and activities by different women organizations to promote the economic and social position of rural people, especially women, caused hue and cry in the society that resulted in demonstrations by religious and other social groups. Religious leaders proclaimed fatwas against such activities, and foremost invoked people to protest against NGOs, which they find anti-Islamic, though recently the High Court expounded the fatwas as illegal. Problematic questions are: ‡ How are NGOs, women and Islam related?, ‡ Why cannot religious groups, as well as general unlettered people in Bangladesh, accept these ongoing changes in the society concerning women?, ‡ In what ways is “development” regarded as having bad effects on social norms as well as on religious ways of life in Bangladesh?, and ‡ How are religious and traditional customs affecting the socio-economic condition of women in the country?

Besides doing research, Abdul Baten Miaji, born and brought up in Bangladesh but living in Sweden since 1995, has been active as a writer, playwright and journalist. More information on his personal web page

Mats Bergenhorn defended his doctoral dissertation titled ”Öppna universum! Slutna traditioner i Salman Rushdies Satansverserna” (”Open the Universe. Secluded Traditions in Salman Rushdie’s Satanic Verses”), on Wednesday 7 June 2006. The thesis contains discussions about Hindutva, migration and ethnicity, especially in the United Kingdom. Faculty Opponent was Thomas Hylland Eriksen, Dept. of Social Anthropology, University of Oslo.
Abstract: The thesis shows how Salman Rushdie’s novel The Satanic Verses (1988) examines questions concerning religion, nationality, race, and power, compromise and authenticity in a time when different global processes have created new ways of perceiving and relating to different traditions. It examines how The Satanic Verses portrays how people apprehend themselves and others when the conditions for these traditions are changing, and the potential threats of religious fundamentalism, nationalism and racism. The thesis makes use of Mikhail Bakhtins theories of literature and language not only to analyze the novel and its artistic devices but also as a means of approaching and conceptualizing a multiplicity of different historical and contemporary discourses. The thesis shows how The Satanic Verses depicts how conceptions of Englishness and Britishness are being used in racist doctrines and acts. The novel throws into light some of the consequences that these doctrines and acts have for those who are living in Great Britain but not considered part of these conceptions. The analysis of The Satanic Verses’treatment of religious issues is divided into three parts. In the first part the thesis suggests that the novel can be read as a critical dialogue with episodes, characters and beliefs from Islamic traditions as they are perceived, delineated, interpreted and put to use in both Muslim and non-Muslim accounts and acts. The second part offers an analysis of The Satanic Verses’ criticism of Ayatollah Khomeini and the Islamic revolution of Iran. The thesis shows how the novel uses allusions to the reports of Muhammeds’ nightly journey to Jerusalem, isra, and the following ascension, miraj. The last part depicts The Satanic Verses’ critique of some of the consequences of Hindu nationalism and some of its conceptions of India.

Ahmed Momand has worked on a doctoral dissertation project titled The Taliban in Afghanistan,  dealing with the conflict in Afghanistan during the period 1973-2001, and the relationship between religion and politics. The project is however now dormant.
Born in Kabul in 1964, he came to Sweden in 1983, after having previously studied Sociology and Political Science before joining the Islamology department. At the same time Ahmed Momand (previously called Gholam) has worked as translator/interpreter in Swedish, Pashto, Dari, Farsi and English since 1978. He also administers a very active Yahoo newsgroup on Afghanistan, called AfghanNews.
More information about AfghanNews.
Personal web page.