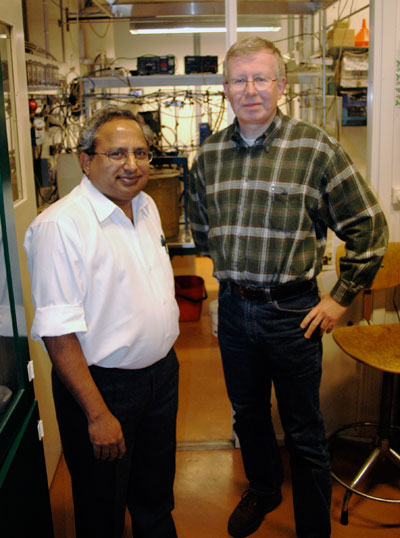 Mineral Processing is one of seven divisions within the Department of Chemical Engineering and Geosciences at Luleå University of Technology. Professor Hanumantha Rao has been working at the department since 1985, and he was appointed professor in 2003. He has been involved in a number of research projects in collaboration with Indian institutions över the years. From September 2001 till August 2004 he worked as Project Officer at the Research Directorate-General of the European Commission in Brussels, Belgium, but he is now back in Luleå.

In the Spring 2001 Prof. Rao received 125 000 SEK as a SASNET Planning grant to develop an International Masters of Science Program in Natural Resources Engineering at Luleå University of Technology. Because of his EC assignment it was not possible to realize this proposed programme immediately. The grant will however now be used for its purpose, as part of the planning for three new International Masters programmes that will be launched by the department from August 2005:

More information about the programmes.
The Masters courses are planned by Associate Professor Bertil Pålsson. (Photo of Hanumantha Rao and Bertil Pålsson in one of the department’s well-equipped laboratories to the right)

Prof. Hanumantha Rao is involved in a research project on ”Electrostatic Beneficiation of Indian Thermal Coals”,a project funded by Sida/SAREC. Two Indian Research institutes are cooperating in the project: • The Regional Research Laboratory, Council of Scientific and Industrial Research in Bhubaneshwar, Orissa (key person: Deputy Director P S R Reddy); and the National Thermal Power Corporation Ltd., Research and Development Centre, Noida, Uttar Pradesh (key person: Additional General Manager M Hirani).
Brief Description of Project: Coal is the single largest fossil fuel used world-wide and accounts for more than 60 p.c. of the total commercial energy consumed. Between 60 to 80 per cent of this coal is used for electric power generation and most of which through a system of pulverized coal combustion. Major portion of the coal used for such power generation is not clean enough to maintain environmental standards. In India at present nearly 183 million tonnes/year of coal is used for power generation and the average ash in coals used is invariably above 40 p.c.
Substantial portion of ash is liberated in the boiler when it enters from the grinding mill. Any attempt to reduce the amount of ash going from the mill to the boilers in the already existing and future power plants without much investment would improve the performance of power generation significantly and increase the life of the boilers. It is intended to develop such a system using the scientific knowledge on the response and behaviour of coal and non-coal matters to electric charges.

In December 2009, the Indian Council of Scientific and Industrial Research (CSIR) awarded Prof. Hanumantha Rao the title Distinguished Foreign Scientist (DFS). Prof. Rao received his award letter while visiting the Institute of Minerals and Materials Technology (IMMT) in Bhubaneshwar where he presented a course on Colloids & Interface Science to post-graduate students of a new Research Training Programme on Materials Resource Engineering initiated by CSIR. The students at this two-year programme are being paid Rs 25 000 per month during their studies, and 15 students have been chosen among 17 000 applicants. They are trained according to the needs of CSIR laboratories. Several such educational programmes have been initiated by different CSIR laboratories in the subject areas of respective laboratory interests.

In December 2009, Prof. Hanumantha Rao received SEK 750 000 as a three-year International Collaborative Research Grant from the Swedish Research Links programme (funded by Sida and the Swedish Research Council) for a India related project entitled ”Particle size effect in flotation and agglomeration as a novel source of enhancing surface selectivity and pellet quality”. See the full list of South Asia related projects given Swedish Research Links grants 2009.
The research project will be carried out in collaboration with Dr. S M Subramanian, Department of Materials Engineering, Indian Institute of Science (IISc), Bangalore, and Dr. Khairun Azizi, School of Materials & Mineral Resources Engineering, Universiti Sains Malaysia, Penang, Malaysia.
Project abstract: The researchers aim to develop new economically effective and environmentally benign schemes of flotation and agglomeration of iron oxides employing particle size effect, which has previously been either neglected or regarded as deteriorating. Thinking interdisciplinary about particle surfaces and interfaces that are not just truncated bulks any more but ”new materials” which are much or even all of the parent material, the researchers will master the innovations based on the advanced methodology of emerging nanoscience, i.e., from the first principles and molecular-level knowledge about the related mechanisms as well as about the composition and structure of the particle-solution interfaces. The research will be conducted in close cooperation between the partner’s institutions employing advanced experimental and theoretical methods of characterizing particles, their surfaces and interfaces. 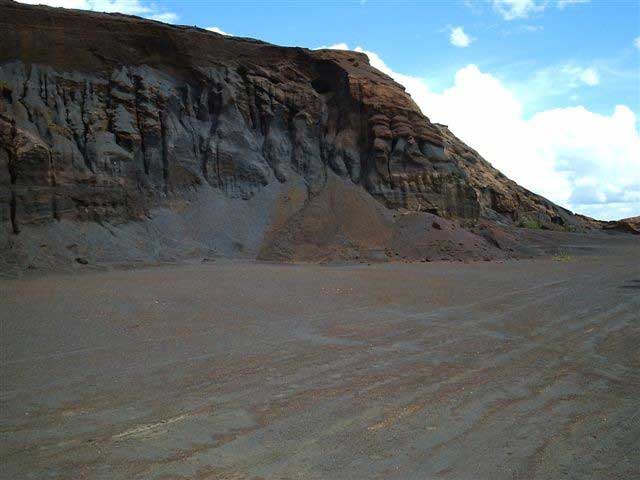 Mining industry has a decidedly significance for the development of society and employment in Northern Sweden with abundant iron ore reserves in Kiruna besides other mineral resources. The bulk use of iron ore is for the production of pig iron to make steel and its alloys. The importance of iron and steel and therefore, the need to process iron ore continue to be a major factor for the medium grade iron ores as well as improving high grade iron ores in the overall economic development of nation’s world over. It is interesting to note that the direct reduction steel making is less than 5 percent and the traditional blast furnace takes most of the iron ore produced. This underlines the importance of iron ore processing for the traditional blast furnace – basic oxygen steel making that will continue to be the technological war-horse of iron and steel industry for many years to come. For slag control in blast furnace, aimed at reduction in solid wastes and increase productivity and for coke rate reduction aimed at energy economy, no impurities are preferred in the iron ore burden except the bound oxygen.
The dictum for iron ore production is to increase the iron content in the ore from ores gradually depleting in quality. The gangue minerals or the impurities in iron ores are of three types: siliceous, calcareous-siliceous and siliceous and/or calcareous clay. From the blast furnace stand point, the slag forming acidic impurities are the silica (SiO2) and alumina (Al2O3) and the basic are the lime (CaO) and magnesia (MgO) while the deleterious impurities are the sulphur, phosphorous and other metallic oxides. The deleterious impurities detrimental to blast furnace technology in iron ores of LKAB at Kiruna/Malmberget are calcareous (phosphorous)-siliceous. The dephosphorization of magnetite fines at LKAB is carried out by floating the phosphorous gangue using a fatty acid based collector. The acceptable level of phosphorous (< 0.025 wt %) in magnetite fines is controlled by the dosage of collector and a higher level of collector found to effect adversely in the follow up pelletization of magnetite fines. The non-floated phosphorous was found to concentrate mainly in sub-micron size range.

India is the world’s sixth largest producer of iron ore. The Indian iron ore reserves amount to 20 billion tonnes are rich in iron but also contain unusually high alumina, up to 7 percent. The current practice of washing iron ores leads to three products: coarse lump ore which are directly charged to blast furnace, the classifier fines which are fed to sintering plant and the slimes which are discarded as waste. The losses of iron values in slimes (assaying 50–60% Fe) are estimated to be of the order of 10-25 percent by weight of the iron ore mined. The alumina in Indian iron ores occurs in the form of illite, kaolinite, montomorillonite, sillimanite, alunite and small amounts of diaspore and gibbsite minerals. The size of alumina containing grains is as small as 0.03 to 2 microns. High alumina in iron ore and sinter lead to highly viscous slag in the blast furnace resulting in high coke rate. The removal of alumina from iron oxides is a classical problem yet to be solved industrially. Thus, there is an urgent need to understand the characteristics of submicron particles and to develop ultrafine flotation technology.