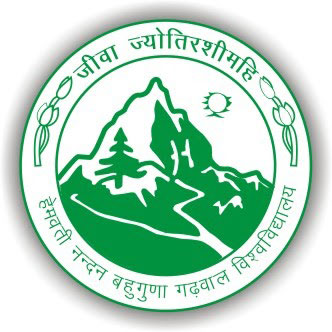 Students from the department have been able to carry out their field work in the Indian Himalayas since several years. They have been assisted by the local organisation Himad (Himalayan Society for Alternative Development), founded in 1995, and working with Dalits, OBCs and Adivasis. Ann Ottengrim has been involved in connecting the Linnaeus University department and Himad.

The students have also been able to attend lectures and seminars at the nearby Hemwati Nandan Bahuguna Garhwal University in Srinagar/District Pauri Garhwal, Uttarakhand State. This Himalayan university was established as central university in 2009. The university is among the ten largest universities of the country with three campuses and more than 180 affiliated colleges and institutes and examining approximately 150 000 students annually, providing higher education services in 7 out of the 13 districts of the State of Uttarakhand.

To further strenghten the relation, Ann Ottengrim and Assistant Professor Anna Rubio Lind , based at the Dept. of Social Work in Kalmar, went to Uttarakhand in October 2013, and an MoU was signed between Linnaeus University and Gahrwal University. Based on this agreement, the Dept. of Social Work then has initiated a Linnaeus Palme Exchange Programme with Gahrwal University. The contact person on the Indian side is Professor J P Pachauri, Head, Dept. of Sociology and Social Work, and Dean, School of Humanities and Social Sciences.
In mid-March 2014, the Swedish International Programme Office for Education and Training decided upon the fourteenth round of Linnaeus Palme Exchange Programme grants, for the period 1 July 2014 – 30 June 2015. The Dept. of Social Work was one of the successful applicants, and was awarded SEK 80 000 to launch the collaborative exchange of teachers and students with HNB Garhwal University.
The department received continued funding by the International Programme Office for Education and Training (Internationella Programkontoret) in March 2015 for the period 1 July 2015 – 30 June 2016. More information about the South Asia related Linnaeus Palme projects for 2015-16.

Research project on The Pioneer Volunteers in India 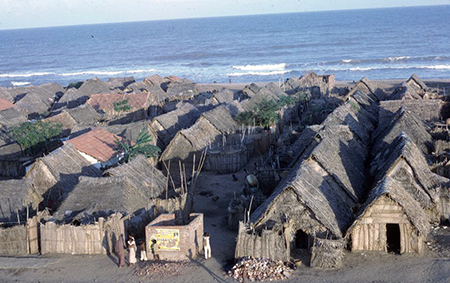 Associate Professor Cecilia Jonsson has launched a research project entitled ”Pionjärvolontärerna – en internationell generation i en föränderlig tid” (The Pioneer Volunteers – an International Generation in a Changing World), based on interviews with representatives of the Swedish NGO The Swallows, with activities both in South Asia (India and Bangladesh) and Latin America, who worked as volunteers in southern India in the 1960s and 70s.
They were the first generation of volunteers who went to conduct field work with secular solidarity organizations in the so-called third world countries. They were the pioneer volunteers whose biographies, including meetings and clashes in the post-colonial era, are analyzed in relation to their explicit work to break colonial ties. In a reconstruction of these cultural encounters, an opportunity to understand and analyze the development towards, and the interest of, contemporary international aid work is given. The study focuses, in particular, on the impact of gender and socioeconomic background as crucial factors for the development of the field.
The project is supposed to be run till 2017, and is partly carried out within the framework of the Linnaeus University Center for Concurrences and Postcolonial Studies. The study is accompanied by a Facebook page entitled ”Återresan till Tamil Nadu/The Return to Tamil Nadu”, filled with material by the three volunteers involved in the project – Bodil Karlsson, Anita Andersson, and Björn Therkelson – who after a span of 45 years travel back to Chennai and reflect on how life turned out, for us and for the people there. Go for the Facebook page.
The ambitious project has now (January 2016) resulted in the publication of a book.  More information about the book.

Cecilia Jansson defended her doctoral dissertation at Linnaeus University in 2012 with a thesis entitled ”Volontärerna: Internationellt hjälparbete från missionsarbete till volontärresebyråer” (The volunteers: From Missionary Organizations to Volunteer Travel Agencies). It deals with the new form of foreign travel called “voluntourism” that has emerged in Sweden. In advertisements that invite to “make a difference”, travel agencies promote short- term aid opportunities at for example orphanages or schools in Africa, Asia, and Latin America. Using theories of new institutionalism and the analytical phrase “the story about”, the thesis investigates the way international aid work originated and evolved, and how commercial volunteer agencies entered the field. The thesis was partly based on historical data from organizational reports, biographies of aid work icons, and interviews with volunteers active during the 1960s and 1970s. Read the dissertation (in Swedish, but with a summary in English). 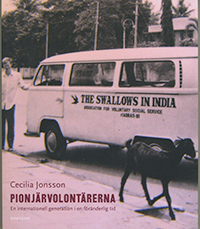 Pionjärvolontärerna. En internationell generation i en föränderlig tid. By Dr. Cecilia Jonsson, Dept. of Social Work, Linnaeus University in Växjö. Makadam förlag 2015. In the post 2nd world war period, Sweden became known throughout he world for its idealistic international committments with names such as Raoul Wallenberg, Gunnar and Alva Myrdal, Dag Hammarskjöld, and Olof Palme. But alongside these people and the middle of the action also worked pioneer volunteers, mainly young women who worked directly with the local population in Third World countries.
In this book, we get to hear volunteers’ stories – who they were, why they were doing voluntary work and how the work was done. We are also told how they, from the horizon of today, believe that the trip has affected their lives, personal and professional. They were young when they went out, and is now in retirement. What have they to say about world development and international relief work since their time in the field? The book is intended for all who want to know more about how the secular aid work in Africa, Asia and Latin America took its first steps. Thus reproduced a part of Swedish history of the international relief effort that has never been told.