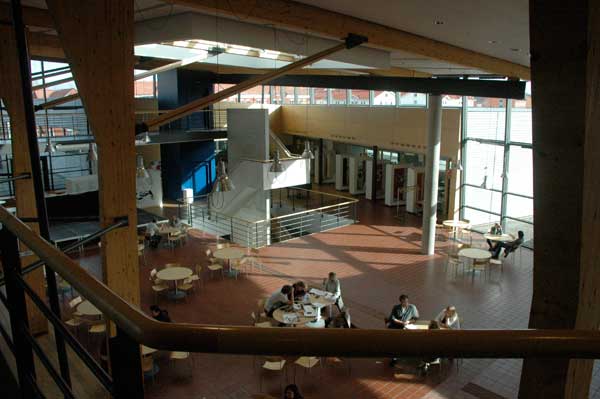 In 2005 a Linnaeus-Palme International Exchange Programme was launched between the Dept. of Mechanical Engineering, School of Engineering, Växjö University and the Indian Institute of Technology(Bharatiya Prodyogiki Sansthan) in Kharagpur, India. Prof. Om Prakash was the coordinatior for the project, and his counterpart on the Indian side was Prof. S. K. Dube, Director of IIT Kharagpur. As part of the exchange programme, Prof. Dube visited Växjö in June 2006.

During the second year (2006-2007) money was given for one teacher exhange from either side. More information.
For the year 2007-08, the exchange programme was increased to include 2 teachers from Växjö to IIT Kharagpur and 2 teachers from IIT to Växjö.

Late Professor Om Prakash(photo to the left) was involved in plans for a major research project to be carried out in partnership with IIT Delhi. The project title is “Photovoltaic Technology Development with Field Experience of its Operation and Maintenance“. The central idea of the project is to learn from the failures in real life operation of the photovoltaic systems for electric generation. In this way improve their reliability and availability, and ultimately reduce the life cycle cost of such systems.  The contact person for this project at IIT Delhi is Professor G.N. Tiwari at the Centre for Energy Studies at IIT Delhi.
In February 2007 the 3rd International Conference on Solar Radiation and Day Lighting, ”SOLARIS 2007” was held at IIT Delhi. The conference was organised by Professors Dube and Tiwari; and Prof. Prakash was a member of an International Steering Committee. The theme of “Solaris 2007” was ”Solar Radiation: Key to Climate Control, Day Lighting and Agriculture”. During the conference, the intention was to marshal these resources to explore ideas and lay out specific details regarding how each kind of energy – wind, bioenergy, geothermal etc. – is related to the Sun and also, how the Sun controls the climate, weather and agriculture of the planet on which we live.

In August 2007, Prof. Prakash received SEK 75 000 as a SASNET Planning grant for interdisciplinary workshops, for a conference on ”Implementation strategies for the transfer of hybrid photovoltaic-thermal technology (H-PV/T) from research to lab to field”, to be carried out in collaboration with IIT Delhi. The conference is supposed to function as an incitament to introduce solar energy in Indian villages without electricity. See the full list of SASNET planning grants 2007.
Due to illness, Prof. Prakash has not been able to fullfill the plans for this workshop. He actually passed away in the summer 2009.
In his place, Dr. Krister Håkansson at the School of Social Sciences, Växjö University, with whom Prof. Prakash already had established collaboration, took over his role. Krister Håkansson planned for the conference in collaboration with Prof. G.N. Tiwari at IIT Delhi.

The conference was held in New Delhi 25–28 August 2009. It was jointly organised by the Indian Institute of Technology (IIT) Delhi, the Bag Energy Research Society (BERS) in India, and Växjö University, Sweden, and the participants came from all over India, and included farmers from rural areas, maintenance engineers, social scientist/workers, technical experts and representatives of different NGO:s. Full information about the conference.

The aim of the workshop is that it should function as a starting shot for the implementation of solar energy in poor Indian villages, and to reflect different aspects of this – technical as well as social and cultural with a high level of participatory cooperation. Persons working or having knowledge of solar energy technologies in the area related to agriculture in remote area will be invited to the conference, where participants first learn the technologies with practicals and convinced to desire to work in future with our networking groups, and NGO representatives can share their experience with problem faced by them during implementation of such technologies in rural area.
Tentively the following two future venues for implementation of the project have been proposed, namely one rural area, Ballia in the state of Uttar Pradesh, and one medium-sized city, Varanasi also in Uttar Pradesh.