Department of Marketing, School of Business and Economics, Linnaeus University, Kalmar and Växjö, 2015

Under the former name Baltic Business School, Linnaeus University was dedicated to developing an international competence and knowledge centre focused on the new economy and commerce in the Baltic Sea Region. This is accomplished by offering seven specialised degree programmes, producing top-quality research and promoting interaction between industry and community. BBS’s seven degree programmes cover Marketing, Business and Finance, Tourism, International Business, Retail Management, Music Management and Health Management. Alltogether they have 2000 students. A large number of them come from South Asia, especially Bangladesh, India and Pakistan.
The International Business Programme specially focuses on the World’s most interesting areas of growth, that includes the Baltic region, Eastern Europe, China and India. 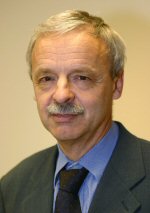 Professor Hans Jansson defended his doctoral dissertation titled ”Interfirm Linkages in a Developing Economy. The Case of Swedish Firms in India” at Uppsala University in 1982. He has later been working at Lund University, and at the School of Economics and Commercial Law, Göteborg University, before joining the Baltic Business School at the University of Kalmar a few years ago. Over the years he has frequently published material about industrial policy in India, e g the book ”State and Transnational Corporations: A Network Approach to Industrial Policy in India”, written together with M. Saqib and Prof. D. Deo Sharma from the Center for Marketing, Distribution and Industry Dynamics at Stockholm School of Economics. This book was published by Edward Elgar Publications in 1995.
The so-called Baltic Business Research Center (BBRC) has been established within the framework of BBS. Prof. Jansson is currently in charge of a research programme called ”Baltic business and beyond: Lessons to be drawn from the emerging markets in Asia”, and is also team leader for two related research projects, one about ”International Marketing in emerging markets”, and another one about ”Internationalisation of companies from China and India”. More information about the research at BBS (in Swedish only).

At the ISEAS-SSAAPS seminar on ”Globalisation and its Counter forces” organised by the Institute of Southeast Asian Studies in Singapore in February 2004, Jansson presented a paper titled ”Rise of World Class Multinational Corporations from India and China: A Comparative Study”, again written together with Prof. Dharma Deo Sharma.
Besides publishing Hans Jansson is also often invited to seminars dealing with business possibilities in India. In February 2003 the Swedish Ministry for Foreign Affairs organised a seminar called ”Forum Asia: High time for business in India”, a seminar attended by about 150 persons from business companies, Sida, ministries, universities and media. Here Hans Jansson lectured about ”Doing business in India: yesterday, today, tomorrow”. Read a summary of the Forum Asia seminar, written by SASNET’s Staffan Lindberg.

While being a professor at Göteborg University, Hans Jansson in 1999 supervised two Masters programme students at the Graduate Business School School of Economics and Commercial Law, Pär Björckebaum and Peter Säle, as they wrote a Masters thesis titled ”A Swedish MNC’s Government Strategy in India – A case study of Volvo Truck Corporation”. The research problems they identified were about how the change of Indian institutions influence an MNC’s government strategy in India, and how MNCs conduct their government strategy in India after the start of the liberalisation process in 1991. As theoretical framework they used theories developed by Professor Hans Jansson in his book ”International Strategic Management In Emerging Markets – Global Institutions And Networks”.

On Thursday 15 February 2007, SASNET’s Director Staffan Lindberg and Deputy Director Lars Eklund visited Kalmar University and had a meeting with Prof. Jansson and the researchers at Baltic Business School. Read the SASNET report from the meeting.

In 2013, Linnaeus University, located in both Växjö and Kalmar, started to take strong initiatives to increase its academic cooperation with Indian universities. In April 2013, the Network for Internationalization (with representatives from all departments at Linnaeus University) and the Vice-Rector Nils Nilsson approved a proposal to launch a strategic project that involves encouraging the academic staff at Linneaus University to seek and establish long-term academic relationships with research institutions in India. The strategic project for collaboration with Indian universities will run from 2013 to 2015.

A strong role in the development is played by Dr. Soniya Billore, who has been recruited to the university’s School of Business and Economics from Temple University in Tokyo. She has a Doctoral degree in Marketing Management from Graduate School of Media and Governance, Keio University, Japan (Monbukagakusho Scholar, Government of Japan). Her PhD thesis was entitled ‘Understanding Corporate Branding of Retail Banks with Reference to Management Projections and Customer Perceptions in Japan and India’.

Another part of the project is to deepen the knowledge and understanding of higher education in India by arranging lectures, seminars, workshops and cultural activities related to India. Linnaeus University will also join the Nordic Centre in India (NCI) university consortium from 1 January 2014. Finally, LNU representatives will take part in a workshop at the English and Foreign Languages University (EFLU) in Hyderabad on 19-20 September 2013, which aims at establishing a new Department of Nordic Studies. Read more about the India projects at Linnaeus University. 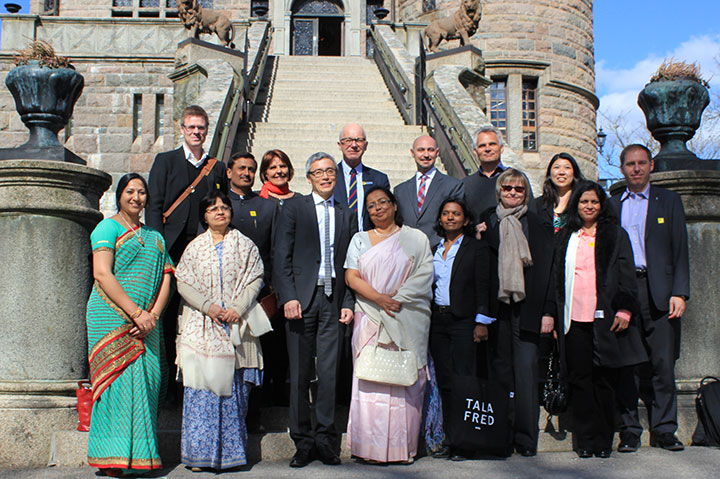 The Linnaeus University in Växjö/Kalmar organised a one-day seminar entitled ”Education and Entrepreneurship in India – New challenges, new opportunities” in Växjö on Thursday 3 April 2014, 09.00–16.00. The purpose was to highlight, inspire and learn more about India and collaboration possibilities in India. The event focused on education and entrepreneurship in the belief that both perspectives could learn from each other, but also on busnes opportunities. Dr. Kristina Myrvold, who earlier worked at the Centre for Theology and Religion, Lund University, but now works at the School of Cultural Studies in Växjö, was the driving force and main organiser of this event, that was targeted towards staff and students at the university that wish to learn more about India and how to find collaboration possibilities.

The speakers included Professor Chandra B. Sharma from the School of Education, Indira Gandhi National Open University (IGNOU) in New Delhi, who spoke about Higher Education in India; and Indian Ambassador Mrs. Banashri Bose Harrison, who spoke about India-Sweden Relations. Dr. Sirpa Tenhunen, Director for the Nordic Centre in India  (NCI) presented its activities; and the SASNET Director, Dr. Anna Lindberg, spoke about the fifteen years of SASNET networking on South Asia. In the afternoon, business representatives from IKEA and Oria talked about their India experiences; and finally Mr. Robin Sukhia, Secretary General, Sweden-India Business Council (SIBC), gave a presentation entitled ”How to do business in India”. More information.

The department has launched a Linnaeus Palme exchange programme with the Institute of Management and Entrepreneurship Development in Pune, India. Soniya Billore is the coordinator. Initial support with SEK 80 000 was provided by the International Programme Office for Education and Training (Internationella Programkontoret) in March 2015, for the period 1 July 2015 – 30 June 2016. More information about the South Asia related Linnaeus Palme projects for 2015-16