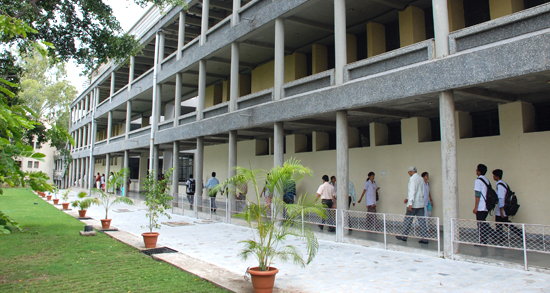 Karolinska Institutet and Pravara Institute of Medical Science are both member universities of the ongoing Indo-European Erasmus Mundus External Cooperation Window programme Lot 15/13, that was decided upon by the European Commission in 2008. More information about the programme(coordinated by Lund University, running till 2013).

On recommendation by Professor Cecilia Stålsby Lundborg, Division of of Global Health (IHCAR) – Erasmus Mundus programme coordinator at Karolinska Institutet, Dr. Kristina Kindblom applied for and was selected for a scholarship to spend time as an academic staff at Pravara Institute in the fall 2009, at the College of Physiotherapy. Earlier the same year, Kristina had defended her doctoral dissertation entitled ”Movement awareness and communication in patient transfer – an educational intervention” at KI. Naturally, this became the theme also for her teaching work at Pravara, for its 2nd, 3rd, 4th year physiotherapy students, as well as for interns, teachers at the physiotherapy and nursing programmes, and medical staff at the hospital.
Commissioned by Professor K.V. Somasundaram, Director for the Center for Social Medicine at Pravara Institute of Medical Sciences Deemed University (PIMS), Kristina wrote a proposal on how physiotherapists could be involved in a slums project, focusing on elderly people’s health. They also discussed with the Physiotherapy College the possibility of setting up a collaboration programme between the physiotherapy training programmes in India and Sweden. 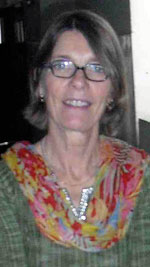 The Erasmus Mundus scholarship developed into a position for Kristina Kindblom (photo) as Guest Professor at Pravara for three-four months every year since the academic year 2010-2011. Next, she will spend two months at Pravara in Octber-November 2013.
Her teaching initially focused on how to assist physical movements of patients with disabilities to move independently ”Friskförflyttning /Natural Mobility”. Physiotherapy students in II, III, IV year, interns and teachers received lectures and practical training. Nursing students II year, Nursing teacher and Nursing staff were also educated. Basic Body Awareness, Tai Chi and qualitative research method were other subjects for teaching and how to write a scientific paper.
Kristina’s teaching has now gradually developed with implementing knowledge into clinical practice both for students, providers and relatives. The students have taken some burden from relatives by giving patients more assistance to independent movements in bed and between bed and wheel chair. The understanding of qualitative research method has increased. KI may in the future use educational tools from India like Debate, Rangoli and Philosophy.

On behalf of Prof. Somasundaram at PIMS, Kristina has also been involved in writing a proposal on how physiotherapists could be involved in a Slum Project to promote health in aged people. Additionally, a discussion was held with the principals at the College of Physiotherapy PIMS, Dr. Rairikar/ Dr. Kahtri about starting an exchange programme between the Divisions of Physiotherapy in India and Sweden.

On behalf of KI’s Division of Physotherapy, Kristina Kindblom-Rising and Associate Professor Lena Nilsson-Wikmar  wrote an application for a Linnaeus Palme exchange collaboration programme in 2010, to secure funding for them to make a planning tour to Pravara along with International Coordinator, Kristina Jesinkey.
The application was approved by the Swedish International Programme Office for Education and Training in March 2011 for the academic year 2011-12. Kristina Kindblom is the programme coordinator. 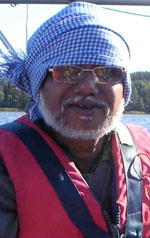 The Linnaeus Palme exchange programme started with a visit to Karolinska Institutet by two teachers from Pravara College of Physiotherapy,  Dr. Deepak Anap and Dr. Atharuddin Kazi(photo to the right), followed by an India visit by Lena Nilsson-Wikmar and Kristina Jesinkey from Division of Physiotherapy in 2012.
No LP funding was received for the academic year 2012/2013. Despite this, a restricted exchange programme was initiated with other financing. Two students from KI took part in the collaboration at PIMS during four weeks in October /November 2012. They participated in a Certificate Course in Social Health and Development and took part in the Physiotherapy programme practically and theoretically. Two teachers from PIMS visited KI during three weeks in May 2013. They will taught and was involved in the international CHBR course, 7,5 ECTS credits by contributing in discussions.
The Swedish International Programme Office for Education and Training continues to fund the Linnaeus Palme exchange programme for the period 2015-16 with SEK 433 404. More information about South Asia related Linnaeus Palme programme grants for 2015-16.

Dr. Carina Ursing from the KI’s Department of Clinical Science and Education at Södersjukhuset also applied for and received an Erasmus Mundus scholarship to visit Pravara Institute of Medical Science, and she has been there a number of times for shorter periods. She is involved in a research project on diabetes in collaboration with PIMS. initiated the development of a Diabetes Clinic at PIMS. An ethical application for a research project was approved.  This made it possible for a student at Global Heath (IHCAR) KI to collect data for her Master thesis at PIMS ”Diabetes and Physical activity” March 2013. Read more about Carina Ursing’s research.