In November 2013, Dr. Sven O Kullander (photo) was given SEK 751 000 as a Swedish Research Links grant for a research project entitled ”Genetic Characterization of Freshwater Fishes in Bangladesh using DNA Barcodes” to be carried out during the three-years period 2014–16. The collaboration partner on the Bangladeshi side is Professor Abdur Rob Mollahat Dhaka University.
Swedish Research Links grants were introduced by Sida and the Swedish Research Council in 2002, with an aim to stimulate cooperation between researchers in Sweden and those in selected developing countries. From 2013, The Swedish Research Council has taken over the responsibility for all Swedish development research. The long-term aim of the programme is to contribute to mutual scientific and socioeconomic development of the countries involved through funding for support to collaborative research projects of high scientific quality and mutual relevance. See the full list of projects granted Swedish Links (Asia) grants 2013 (as a pdf-file). 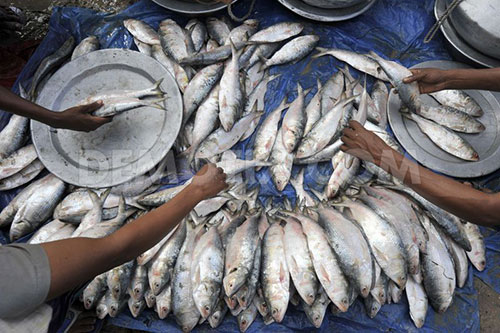 Project abstract: Bangladesh is the third inland fish producing country in the world. The annual fish production from inland waters is estimated to be 2,186,726 mt, of which 1,123,925 mt from open waters. The fishery sector provides employment to about 1.2 million full-time and 12 million part-time fishermen and workers. The freshwater fish fauna of Bangladesh is one of the least studied national fish faunas in the world. Estimates suggest about 260 species, but actual numbers are probably higher. In the absence of modern taxonomic studies, and with need for inventory and identification of national fish species, University of Dhaka researchers are implementing DNA barcoding as a tool for species detection and identification. Researchers from the Swedish Museum of Natural History are experts on Asian freshwater fish taxonomy and have long experience of DNA barcoding and phylogenetic analyses. Together we will develop adequate protocols for genetic and morphological identification of Bangladeshi freshwater fishes, including as primary deliverable a barcode library based on well-identified vouchers. We will collaborate in joint field sampling, workshops and co-authored publications, and present the results in publicly accessible databases and scientific publications. The collaboration aims both to provide a tool for environmental, fishery and food agencies in monitoring and management of fish resources, and also to produce a long-awaited update of the inventory of the Bangladeshi fish fauna.