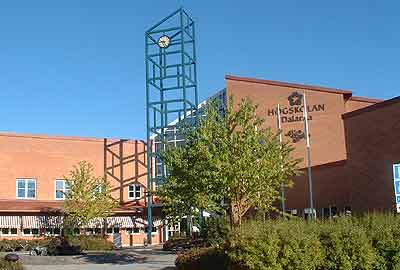 Associate professor Olavi Hemmilä worked at the department from 1998 till mid-February 2010. After leaving Dalarna University, he has been working with a private company he has founded, Verbal Yoga. It offers lectures and workshops on sustainability.
From March 16th to June 15th, 2010 he was however a ”Visiting Fulbright Hildeman Professor” at the University of Washington in Seattle, USA. There, he taught a course entitled ”Sustainability in Contemporary Scandinavian Society”.
From April 2015, Olavi is working at the ECOHUM, the Eco-Humanities Hub, launched by the Department of Humanities at Mid Sweden University in Sundsvall in the spring of 2014.
ECOHUM helps coordinate a new set of linked research projects and educational initiatives through which five subjects in Mid Sweden University’s Department of Humanities – English, History, Comparative Literature, Religion, and Spanish – engage Environmental Humanities study foci.

While working at Dalarna University, Olavi completed his PhD dissertation work at the Dept of General and Comparative Literature, Stockholm University. He defended his thesis on ”En yogi kommer till stan: Intresset för indisk religion i svensk skönlitteratur med särskild tonvikt på Dan Anderssons författarskap” (A Yogi Comes to Town: Indian religious thinking as reflected in Swedish fiction with special focus on the works of Dan Andersson), on 14 september, 2002.

In his dissertation Hemmilä presents a basic survey of the interest in Indian religious thinking as it is manifested in Swedish fictional literature over the years, with special emphasis on an analysis of the works of Dan Andersson. Certain aspects of how it was received have already been mapped out but systematic studies of this kind are not to be found in previous research.

After a brief review of early literature from the Middle Ages up to Strindberg, Fröding and Selma Lagerlöf, the dissertation is devoted to Dan Andersson (1888-1920). Hemmilä’s analysis shows that his constant switches between Indian and Christian influences are representative in this connection. An eclectic attitude towards impulses coming from abroad can be detected in many writers of that time. Themes influenced by India occur regularly in Andersson’s literary output, mainly in his later poems and prose works. This is especially true of the texts in which he expresses mystical and supersensual
experiences.

Hemmilä has studied which influences Andersson might have drawn from e g Arthur Schopenhauer, Rudyard Kipling, Rabindranath Tagore, the philosopher Sri Ananda Acharya, as well as from the Bhagavad Gita, and the theosophical movement. The dissertation mainly deals with the period up to 1920 (the year Dan Andersson passed away), but the religious sentiments prevalent at the time shows tendencies leading up to the current pluralistic Swedish society, and a concluding chapter presents the contours of the ensuing development up to the present day, when spiritual pluralism is evident also in younger writers.

In 2005 and 2006, Olavi Hemmilä organised a 5 credits (7,5 ECTS-credits) graduate course on ”Images of India in Literary Fiction”. It aimed at letting the students acquire knowledge about how India has been perceived in literary texts throughout history. In 2005 the course ran full-time for five weeks, and in 2006 as a half-time distance course.

In 2005 Dr. Hemmilä wrote a booklet on the Indian poet Rabindranath Tagore’s visits to Sweden in 1921 and 1926 (see photo to the right). It was published at a ceremony in the Rabindra Bhavan museum in Shantiniketan, West Bengal on 7 May 2005. This was in connection with reinstatement of the the Nobel literature prize medal awarded to Tagore in 1913. The original medal was stolen in March 2004, but the Swedish Nobel Foundation in an totally unprecedented manner decided to present the Indian government two replicas of the stolen medal (in gold and bronze). Olavi Hemmilä was himself present at the reinstatement ceremony. More information.
The booklet on Tagore was later translated into Bengali (by Salam Azad), and published in India in June 2010.