Institution-based mobility programme initiated by SASNET, being carried out by 12 European universities and 8 universities in India, decided upon in 2008. Some scholarship holders went on up till 2013.

It was a major scholarship programme for undergraduate, graduate, doctoral and post-doctoral studies and academic staff financed by the European Commission. Scholarships covered travel, insurance, possible tuition, living expenses and housing for a period from one to 34 months, depending on the type of position applied for.

SASNET was instrumental from the beginning in facilitating the successful application for the EMECW lot 15 mobility programme. The application was planned for and written by Anna Lindberg and Lars Eklund at SASNET, and it was based on the extensive network among European and Indian universities developed by SASNET. A majority of the Indian consortium universities, and their Vice Chancellors, had in fact been visited by Anna and Lars during the November 2007 SASNET contact journey to North, West and South-West India, just before the announcement for the Erasmus Mundus programme was issued in December 2007.
However, the responsibility for administering the programme at Lund University was taken over from SASNET. From April till December 2008, SASNET director Anna Lindberg was on sick leave, and her position was then filled by Dr. Sidsel Hansson. After nine months as acting director, Hansson suddenly without further notice and in a hostile manner left SASNET and took up a position as Erasmus Mundus project coordinator with a separate office connected to the Centre for East and South-East Asian Studies at Lund University.

The formal decision to launch the EMECW lot 15 was delayed by four months because of a disagreement regarding a Financing Agreement between the European Commission and the Government of India. The matter was finally cleared only at the ninth EU-India Summit held in Marseilles, France on Monday 29 September 2008. The agreement was included in the revised EU-India Joint Action Plan (JAP) that was agreed upon during the Summit.

• University of Amsterdam (UvA), The Netherlands 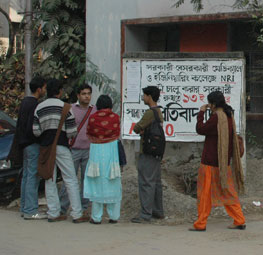 • University of Pune (UP)

On Friday 9 July 2010, the European Commission, through its Education, Audiovisual and Culture Executive Agency (EACEA) decided upon the 2010 Erasmus Mundus Action 2 – Strand 1 – Partnership programme. This was a follow-up programme to the previous mobility scheme entitled Erasmus Mundus External Cooperation Window (EMECW). The aim was to foster co-operation between higher education institutions and the exchange of students, researchers and academic staff between EU Member States and targeted so-called Third countries, including India and the rest of South Asia. 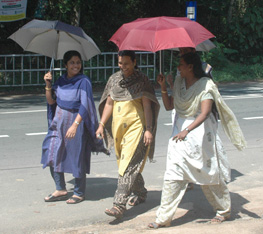 Ten European-Asian university consortiums were now selected for the Asia Regional lots, No 11 and 12. They differed from the previous EMECW programmes in being strictly one-way mobility programmes, from Asia to Europe, not vice-versa.
Lot No. 11 was primarily devoted to South Asia, where the proposals should include universities in at least three of the following group A countries: Afghanistan, Bhutan, Nepal, Pakistan, and Bangladesh; besides at least two of the following group B countries: Sri Lanka, India, Indonesia, Malaysia, Maldives, Philippines, Thailand, China, and North Korea.
Lot No. 12 on the other hand was primarily devoted to South-East Asian countries, but also also gives the possibility to include Sri Lanka, India and/or Maldives as group B countries.

Lund University (LU), that already successfully       coordinated one of the existing Indo-European Erasmus Mundus Action 2 programmes, was now again selected to coordinate one of the five new Lot 11 projects.
This consortium consisted of 20 universities, eight in Europe and 12 in Asia, out of which five are in China (Peking, Tsinghua, Fudan, Zhejiang and Xiamen universities), and four in India (Delhi University; Jadavpur University, Kolkata; Indian Institute of Technology Kanpur (IITK); and Tata Instititute of Social Sciences, Mumbai).
The remaining South Asian partner universities in the LU-led consortium are Karachi University, Pakistan; Tribhuvan University, Nepal; and Jahangirnagar University, Savar, Bangladesh.
The project was named EMEA – Erasmus Mundus Europe Asia – and opened for applications from November 1, 2010 and remained open until December 15. This time, SASNET was closely involved in the planning for the programme. 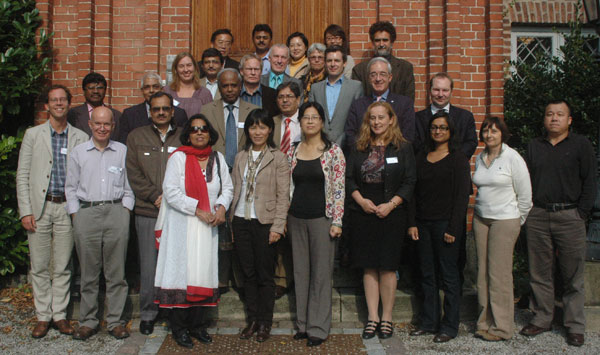 A first consortium meeting was held in Lund 23–24 September 2010. Group photo to the right.
Representatives from 19 of the 20 consortium member universities came to Lund for a hectic meeting to decide upon the principles for the selection process, discuss the implementation of the project, and to elect a steering committeee.

The meeting was inaugurated by Lund University’s Vice Chancellor, Prof. Per Eriksson, and also attended by Pro Vice-Chancellor Eva Åkesson, who gave a presentation on ”Erasmus Mundus and internationalization at Lund University”.
Mr Joachim Fronia, Head of Unit for EU’s Education, Audiovisual and Culture Executive Agency (EACEA) participated in the meeting providing valuable information regarding the Erasmus Mundus programme in general, and the Action 2 projects in specific.

During the kick-off meeting, it was also decided to set up four thematic groups – on quality assurance, on development of joint projects, on events/conferences, and finally on a visibility strategy for the project. SASNET’s deputy director Lars Eklund was a member of this visibility strategy group.